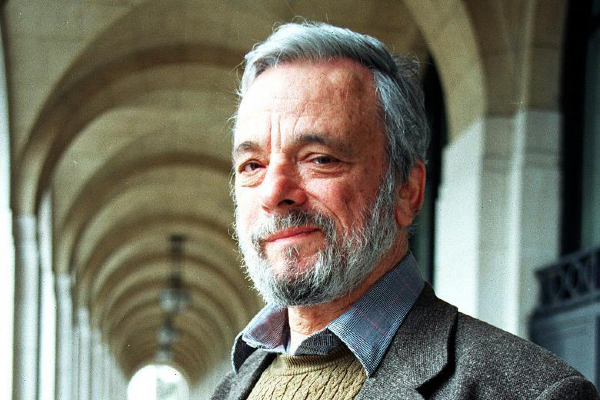 If you’re not a # fan, best to scroll on by – though you may be converted by what’s currently streaming in his name.

Our  finest living composer/lyricist is being revered at the time of his 9oth birthday and this long locked-down tribute by the kings and queens of Broadway was utterly mesmerising – not least to see inside so many stars’ homes !

On the live streaming there were huge technical difficulties and even on this re-edited online archive, there are moments of blank screens and silence – but persevere, it’s worth it.

The artists are too many for me to review each performance but here for me were the highlights :

Kelli O’ Hara,  who says she cut her teeth on Sondheim’s music, gave us a plaintive and ironic  but effortlessly sonorous What More Do I Need?

Judy Kuhn, another legend, gave us the film song What Can You Lose ? Again with deep locked-down irony.

The fabulous Aaron Tveit explained that in a Sondheim song “ everything is laid out for you “ then gave us Marry me A Little , in a matter-of-fact, touching vein, leaning lightly on the notes.

Beanie Feldstein and Ben Platt in isolation sang a marvellous duet of It Takes Two , and the hilariously disrespectful Randy Rainbow camped up Mrs Lovett’s Sweeney ditty By The Sea to great delight.

Hamilton creator Lin Manuel Miranda mesmerised as the young boy Jack in Giants in The Sky and another legend Lea Salonga soon followed with the heart-aching Loving You from the much underrated Passion.

Chip Zien , from the original cast of Into The Woods gave us No More with the emotionally topical line “ Time to shut the door “ pulling our heartstrings.

And they kept coming – the stars – Josh Groban, lyrical and gentle; Michael Cerveris , sad but creative; and the wonderful Linda Lavin , singing the song she first featured 54 years ago The Boy From.

Patti Lupone was , well Patti , in the laconic Anyone Can Whistle.

And who will forget a trio of royalty – Meryl Streep, Audra MacDonald and Christine Baranski boozily toasting  one another in Ladies Who Lunch.

My favourite  – and apparently Steve’s favourite song – the brilliant Japanese quartet Someone In A Tree  couldn’t be bettered – except by Bernadette Peter’s amazing a capella No-one Is Alone .

Well we may be isolated but she’s right. Get a joyous evening’s entertainment and donate to the charity benefitting from the concert – Artists Striving To End Poverty ( ASTEP).