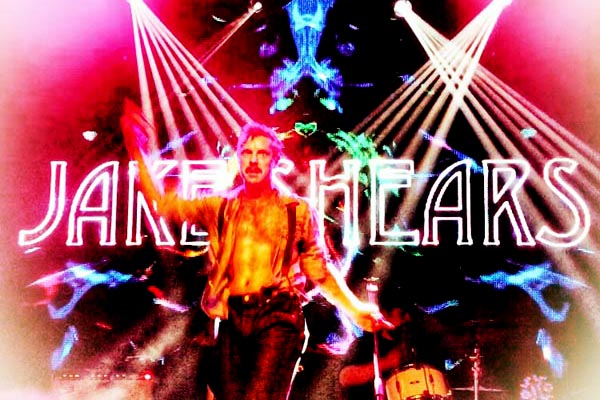 There are gigs where you can feel a collective audience groan as the artist you’ve adored for years introduces another new song from their forthcoming solo album. Jake Shears was asking for a whole lotta patience from the crowd at Tuesday night’s London gig who had yet to hear a good 80% of his set list.

I’ve never been a fan of Heaven as a venue, perhaps I have too many memories of late night personal appearances from waning pop stars to take it seriously as a musicians platform, but Tuesday night felt, gritty, grimey, sweaty and glamorous in all the right places.

As the crowd filled the space under the arches there was a unified political humour in evidence amongst the anti-Brexit/Trump tee-shirts, my favourite reading “make America Gay again”, and as the support DJ set gave us everything from The Pointer Sisters to The Rolling Stones via Primal Scream, it became apparent that we had no idea what to expect.

Half way through the evening, a tache adorned Shears apologised for being away for so long and revealed he had thought at one point he may never release music again, dissatisfied with the quality of what he was coming up with.

He persevered, and tonight we saw and heard the fruit of his labours, love and in the case new thumper Sex on the Brain, his loins. Having heard his new effort Creep City via Soundcloud, I expected a familiarity in the new material for Scissor fans and all that we have grown to love is evident in the new set; Lust, love, humour and funk in spades, all presented wrapped in that familiar voice which suggests bourbon, velvet, faded music hall and Elton John before his heterosexual years. In short it’s epic.

Of course it helps that Shears shits charisma, and from the second he appears on stage to set opener Good Friends, it feels as though we are. There is a smattering of Scissor classics including Laura, Take Your Mama both driven into the set with a new urgency that screams the promise of sweaty sex, and a paired down country influenced I Don’t Feel Like Dancing which is the post coital cigarette as the sun comes up over last night’s party.

But it is the new material that soars. The self poking fun of Big Bushy Moustache, the teasing Clothes Off (at one point I thought he might) and the spine chilling The Bruiser.

Since Jake Shears leapt into our radios and onto the Brit Awards more than a decade ago, the music world has changed beyond recognition.

In a universe where only Adele appears to shift physical units of anything, it’s difficult to know where he will sit or indeed wiggle, and who will listen. But based on tonight’s performance alone, this solo boy deserves to be massive, and his fine new collection too.

Tonight, I was in the presence of greatness, and his name was Jake Shears.