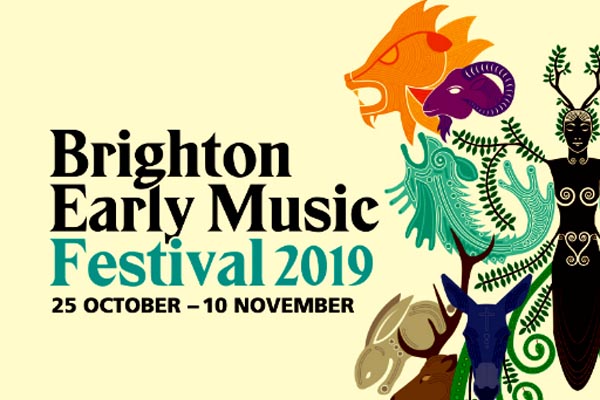 A medieval trance for the 21st century.

I was first introduced to the music of Hildegard whist up a tree at a rave in Cambridge, at dawn, in the late 80’s. Woven into the dense repetitive beats thumping out from the sound-system of the most dishy of West Berlin DJ’s was this ethereal voice, chanting and calling out across my inebriated indulgence to a still state of bliss. I was hooked on her from that moment.  I was looking forward to the promise of this evenings concert.  A medieval trance for the 21st century.

Victoria Couper, Clemmie Franks, Emily Burn as the trio of singers – Voice – were breathtakingly superb, their voices intermingling with the harmonic resonations of Hildegards meditations to transport us both back in time and out of time, into the spiritual realm of this most talented of nuns.  Her music composed in the 12th century, when only a single line was normally notated, is full of soaring and haunting melodies which lend themselves to countless transformations from simple drones and improvised organum to new arrangements and compositions. Unusually for her time she wrote both music and lyrics, most of which she claimed were revealed to her  in a series of ecstatic visions.

During the performance we had some retro Dr Who end-credit type projections taken live from the singers and projected onto a large screen directly behind them, from Innerstrings and Chris Tomsett  lightshow artist. These were interesting and on occasion added to the singing, but mostly I found them a distraction.  There were new compositions from Stevie Wishart, Marcus Davidson, Ivan Moody performed thought this evening and it would have been interesting to have heard some music from some female composers.

In the Second half the church went all Barbarella and transformed into the Matmos, while Hidelrella’s trio carried on singing and bringing an interesting blend of original music, reinterpretations and a world premier piece from Tim Young called Three Wings for Voice, based on an original Hildegards text.

The audience certainly seemed to enjoy it, and the whole evening seems to have been a successful attempt to draw in a different demographic both to this music and to the space to enjoy the purity of this music in an engaging and fun way.

A few folk who I talked to loved it, most had never heard of Hildegard before, my companion adored it and thought it a very interesting night.  I was saved by the quality of the singing and closed my eyes for a lot of the performance, better to focus on the singing. The repetitive coloured bubble projections, although certainly pretty and trippy didn’t do very much other than light up the inside of St Matmos’s (as I shall forever know it now) high Gothic splendor .  The projection machines were also annoying grindy and loud which in music so careful, quiet and precise as this is an oversight unexpected from the BREMF who are usually so very careful to ensure ambience, venue and music fold into each other in perfect harmony.

I’m partial to some innovation and was thrilled by the Art of Moog the week before in the same venue, but although the singing here from Voice was unfaultable, the overall experience left me wanting some peace.

Full details of the event can be seen on the BREMF website here.