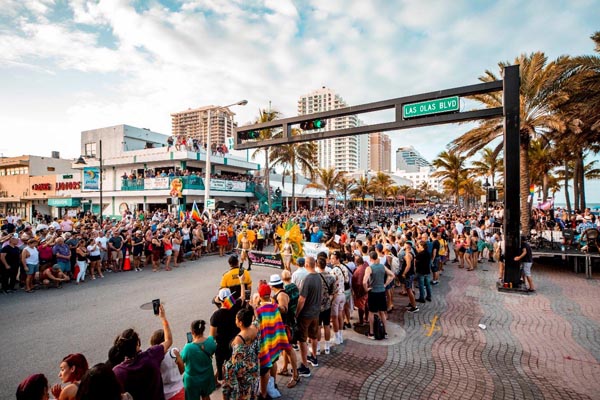 The sights and sounds of the Caribbean and Brazil came alive throughout the festival as the 2019 Carnaval theme paid tribute to the diverse ethnic communities that call Greater Fort Lauderdale home and to the Mardi Gras/Carnaval season.

The central attraction of this years celebration was the first ever Pride Fort Lauderdale parade on Saturday, February. 23, attracting more than 50,000 people to the beach to see one of the notable parade grand marshals Miss Major Griffin-Gracy, a transgender activist who was in the Stonewall Inn in Greenwich Village, New York City, during the historic 1969 police raid that sparked the modern LGBT+ rights movement. WWE superstar and E! Total Divas cast member Sonya Deville was featured on a float. Singers Pepper MaShay and Deborah Cooper performed on the Trans Pride and Pride of the Americas floats.

The festival concluded on Sunday, February. 24 with the traditional Pride Fort Lauderdale beach party. American Idol fan favourite c, who also made history as the first drag queen to advance to the final 10 contestants, and singer, choreographer and RuPaul’s Drag Race judge Todrick Hall headlined the Sunday activities which attracted 50,000 back to the beach for the closing of this festival.

Since then, the destination has continued to break down barriers and facilitate essential visibility for the LGBT+ community at large.

Fort Lauderdale now welcomes 1.5 million LGBT+ travellers annually, spending $1.5 billion. It also features one of the largest Pride Centers in the country, the first and only World AIDS Museum and Education Center, and is home to the Stonewall National Museum and Archives, one of the only permanent spaces in the U.S. devoted to exhibitions relating to LGBT+ history and culture.

Trip Advisor have ranked Fort Lauderdale beach as the #9 Beach in the US. #GreaterTogether