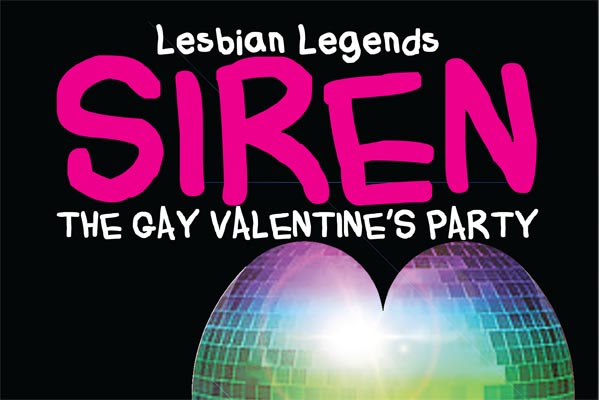 Legendary lesbian musicians Siren to perform at The Gay Valentine’s Party at the Latest Music Bar on Saturday, February 16.

SIREN, a five-piece lesbian indie/alternative rock band emerged from the flourishing Brighton music scene in the late 70s/80s, pushing boundaries with their own politically radical songs and punchy, eclectic style.

Some members of the group were also in Devil’s Dykes and Bright Girls (“Vaultage 78” and “80”) and their 1980’s albums included Siren in Queer Street and Siren Plays.

To listen to their latest release MeToo Song of Power, click here:

They will be joined by six-piece pop rock band Greymatter .who have been performing live since 2004.  Greymatter have produced 3 albums and have toured the UK and Europe. They have won the ‘Best Band/Artist Award of 2013 and 2014’ awarded to them by L Fest.

Zac Backencrack, the current reigning Drag King of Egresses will be compering the show!

Event: The Gay Valentine’s Party, with Siren, Greymatter, Zac Backencrack and Trax Of My Queers disco.