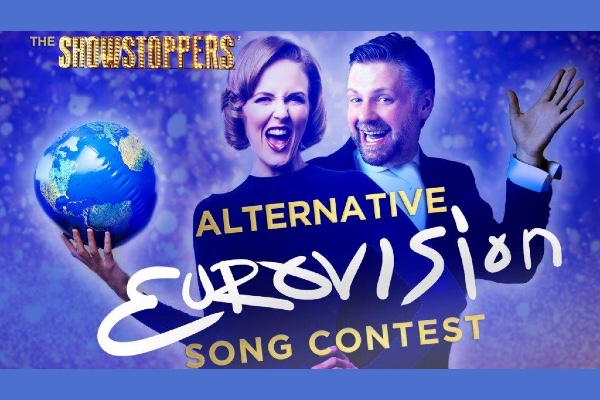 I know I’m showing my poor LGBTQ credentials, but I’m not now and never have been a Eurovision fan. There, I’ve said it! But for those who feel cheated by this year’s cancellation, there is a glorious send-up available on Friday night, on the eve of when the cancelled contest would have been held.

A star-studded jury and special guest singers will be on hand to augment the hugely talented improvisation talent of the Showstoppers troupe of performers to create a Euro-friendly zone online.

Live-streamed at 8pm Friday 15 on Facebook and YouTube, centre stage will be the cast of  Olivier award-winning Showstoppers who have regularly thrilled and amused theatre audiences by making up an entire musical on the hoof.

Musical directors will be: Duncan Walsh Atkins, Christopher Ashe and Jordan Clarke and comedian Tom Allen will compère. And there’ll be interactive voting on the night.

The show will feature new songs parodying your favourite Euro genres, bravely trying to re-create the over-the-top production values, high camp and musical merriment of the original and all in isolation .

Money being raised is for The Care Workers’ Charity Emergency Fund : https://www.thecareworkerscharity.org.uk