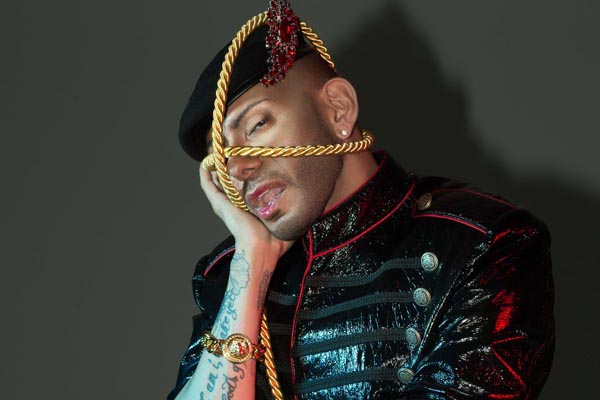 The Tanzanian born artist released his Gay anthem So Gay, at the end of November, via YouTube.

Born to Muslim Indian parents in a country where it is illegal to be Gay, Hunter is breaking through the restrictions of the society he knew through his direct track.

The headline single of his upcoming E.P (of the same name) is a celebration of sexuality, and aims to encourage others to be out and proud, and find freedom within themselves.

Produced by Niraj Chag in London, the track is a culmination of genres and influence from around the world. In doing so Hunter hopes to link audiences from across the globe to listen to the issues discussed in his music.

With a B A (hons) in Fashion and Textiles, the artist and activist insures his work transcends music, looping art and dance into his creations. Through its use of military themed footage and lyrics, the video for So Gay encapsulates the fear and often violent response to homosexuality felt in countries where it is outlawed.

Currently the anthem is available through YouTube, and is yet to be released on streaming services.