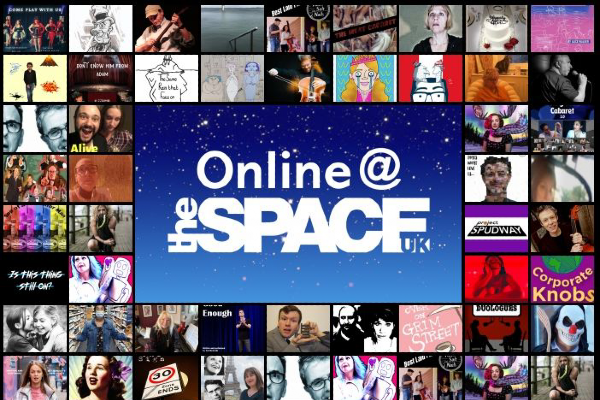 One of the performing treasure houses of the year – Edinburgh Fringe – has reinvented part of  itself with a free online season of plays, comedy and cabaret, presented  by  theSpace venue . Over 50 shows are available for you to binge on this New Year lockdown from 8 January .

GirlPlay by Sarah Richardson is a powerful audio piece : the journey of a woman’s ever-changing relationship with sex from age 7 to 31.

NYC’s Readymade Cabaret 2.0 asks whether our lives are determined by chance, fate or  free-will.

Planet Phuckett! ( the Covid edition ) is a solo comic play about global warming, and Julia Munrow stars in Scammed , a new play about internet scams by sitcom writer Joan Greening.

Bard Overboard presents A Global Pandemic Holiday Special by Extra Credit  Ensemble -in which a cruise company tries to persuade its actors and crew trapped aboard a quarantined vessel to film its show.

Comedy includes : Peruvian Erick Acuna, New York’s Sally Ann Hall, who tells us about growing up religious in Alaska in what’s billed as “ filthy feminist  with a squirt of music,” and Jewish Scouse stand-up Henry Churniavsky .

Online@the Space was created after the cancellation of 2020’s Edinburgh Fringe and it’s a welcome slice of entertainment amid January’s Blues.