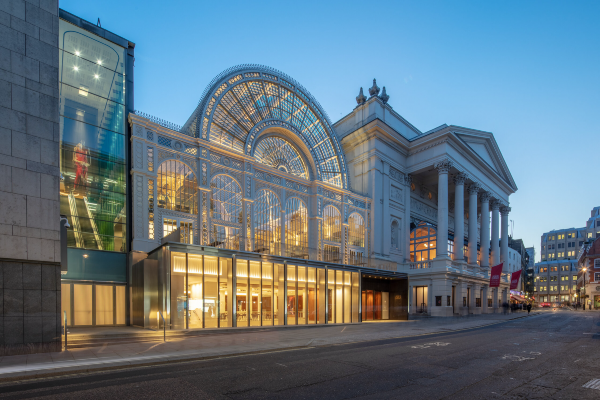 Big auditoria like the Royal Opera House , Covent Garden are probably some time away from socially distanced performances are feasible , but throughout July there are some rare treats available piped to your Sofia.

Live From Covent Garden , on a combination of Facebook, YouTube and BBC4 tv offer Kenneth MacMillan’s dramatic ballet of Romeo and Juliet, which is celebrating its 55th birthday this year. With music by Prokofiev, it’s been seen more  than 400 times . This 2019 recording stars Yasmin Naghdi, Matthew Ball and Valentino Zucchetti.

Sleeping Beauty reopened the Royal Opera House in 1946 , and here you can see Marius Petipa’s original choreography with later notable additions in a recording starring Fumi Kaneko and Federico Bonelli. Both ballets are on Facebook and YouTube.

Also on the bill is the pas de deux from MacMillan’s Concerto and classical songs and arias by Gerald Finley, Louisa Alder and Sarah Connolly.

Romeo and Juliet is on 10 July at 7pm; Gounod’s  opera Faust starring Michael Fabiano is on 17  July and Sleeping Beauty on 24 July . The BBC 4 concert is also on 10 July .