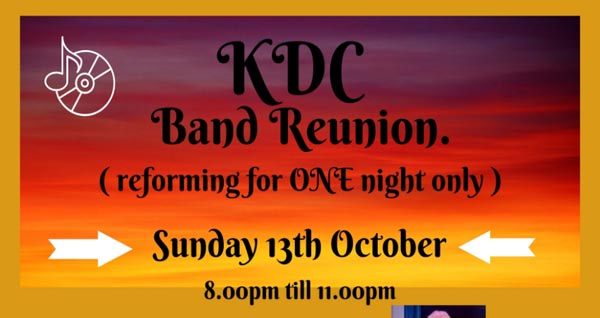 The KDC band are reforming for one night only at the Brunswick Pub in Hove on October 13.

POPULAR in the 70’s and 80’s on the gay scene in London the band performing at the Brunswick on October 13 will feature the legendary drummer Crissy Lee (ex Ivy Benson all female band, The Skinerettes and Poverty Street), in the 60’s her band toured as support act with the Beatles.

Crissy has been named top female drummer in this country for many years while at 76 she is still playing and teaching.

Jerry McCormick on saxophone, Sam Edwards, keyboard player with the Real Thing and on bass Jerry Dearden from the Hove based Jerry Dearden Big Band.

A spokesperson for the band said: “As a band we decided to rekindle the fun and energy we always had before we all get too old to do it, because no matter what we have done since the band days we all believe that we had something special between us that created some kind of magic which made us all gel together so well…We do a wide range of music and try to cover a wide audience.

“We also want to share how music has helped us all through difficult times in our lives for one reason or another over the years .

“We all believe in the good affects music has to us for very many reasons and keeps one positive.”