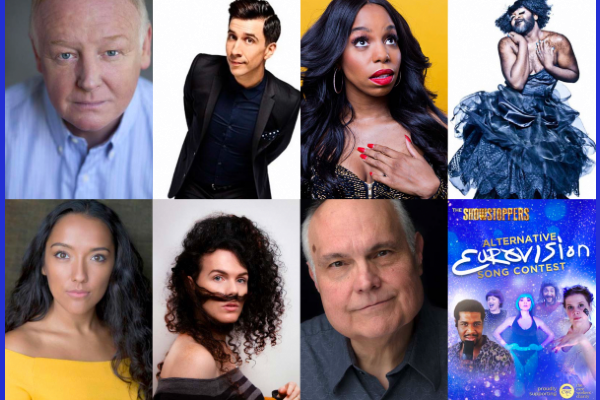 Show announcements are now coming thick and fast and here’s  news of four streamed shows and one live theatre experience in the coming weeks which all look great fun .

The Sorrows Of Satan , filmed in the exquisite ballroom of Brocket Hall, is a re-imagining of the Faust story, set in the heart of 1920’s London.

Pretentious avant-garde musical playwright Geoffrey Tempest is kicked out of his accommodation, penniless.His only chance  of a future is a rehearsed reading of his musical play The Sorrows Of Satan. But when his rich patron demands big changes to the show, will Geoffrey sell out for fame, money and the love of his leading lady ?

The show is written by and stars Luke Bateman and Michael Conley , and also features Stefan Bednarczyk and Molly Lynch.  It streams via thesorrowsofsatan.com from 5 to 9 May.

Drew Gasparini’s I Could Use A Drink is an eclectic mix of poignant, funny and progressive contemporary musical theatre , celebrating the chaos and beauty  of youth and it’s based on an original US studio album. Now for its UK premiere, producers Liam Gartland and Alex Conder have re-imagined its songs with West End stars of today and the future , including Ahmed Hamad, Luke Bayer,  Tom Francis, Caroline Kay and Olivia Lallow.

Filmed at Fiction Studios, it’s streamed on stream.theatre from 7- 10 May.

Brand new songs parodying all our favourite Eurovision genres will be voted on interactively . Live-streamed on YouTube on 15 May the audience must make a donation on the night to the Showstoppers Paypal page in order to vote. Profits will go to the charity.

More West End performers, including Grace Mouat, Jake Halsey-Jones, Courtney Stapleton and Eloise Davies will appear in Soft Sessions Live In Concert, recorded at Woolwich Warehouse. It will appear via stream.theatre from 23 April to 2 May and is billed: “ it’s time to ask the artist, what art they want to create “, which takes the  performers out of their comfort zone.

And finally, in this batch, a West End Musical Celebration will be live at London’s wonderful Palace Theatre from 10 to 13 June. Originally slated for October 2020, it does what it says on the tin – celebrates our favourite musicals – with West End celebrities including Sophie Evans, Alice Fearn, Ben Forster, Trevor Dion Nicholas and Layton Williams .

It looks to me like a magic way to rejoice in the return of live theatre. See nimaxtheatres.com for details.