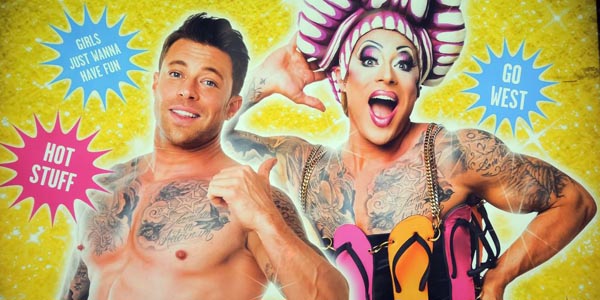 Willy Russell’s classic Blood Brothers plays at the Congress Theatre from January 18-23, Pricilla Queen Of The Desert rolls into town from March 14-19 and the Michael Jackson smash-hit Thriller Live opens on April 4-9.

Gripping drama at the Devonshire Park Theatre in 2016 includes detective fiction by Agatha Christie, with A Murder is Announced from April 26-30, comedy with Travels With My Aunt from March 22-26 plus a world premiere of the latest Alan Ayckbourn play, Hero’s Welcome from February 23-24.

For lovers of dance, Strictly Come Dancing’s Anton Du Beke and Erin Boag return for one night only with Just Gotta Dance! on February 12, an early treat for Valentines Day followed by Vincent and Flavia with their brand new, and final ever touring show: The Last Tango from April 19-23.