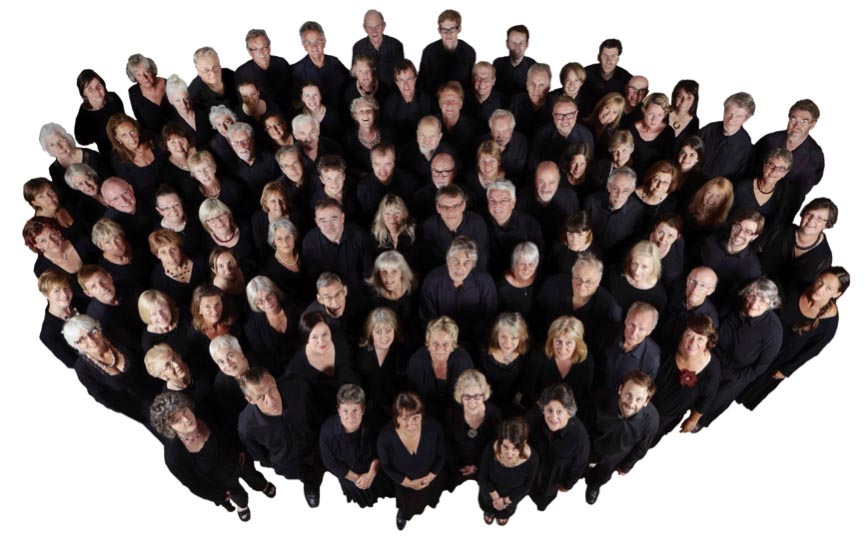 Brighton Festival Chorus (bfc) celebrates its 50th anniversary season with a summer concert at the Attenborough Centre for the Creative Arts.

bfc has been rehearsing at the University of Sussex since 1968 when Laszlo Heltay, the University’s Director of Music, formed the Chorus. Heltay auditioned many of its founding members in the Attenborough Centre building, and so a return to this venue is a timely way to reflect on the birth of the Chorus.

The concert presents music for voices and strings. Chamber Domaine will play Elgar’s Serenade for Strings, one of his earliest and favourite works, and Barber’s popular Adagio for Strings.

Brighton Festival Youth Choir will perform Richard Rodney Bennett’s Letters to Lindbergh, featuring poems by Martin Hall that quote whimsically from letters supposedly received by Charles Lindbergh during his non-stop solo flight across the Atlantic in 1927. His correspondents include Scott of the Antarctic, the rusting hulk of the Titanic, and Walt Disney cartoon dog Pluto!

bfc will join Chamber Domaine for a performance of Vaughan Williams’ An Oxford Elegy. This piece was written between 1947 and 1949 using portions of two poems by Matthew Arnold: The Scholar Gipsy and Thyrsis. The narrator for the poetry will be English actor James Wilby. James has appeared in many well-known television series including Foyle’s War, Silent Witness, Law and Order, and Victoria, and he has forthcoming performances in Casualty and Poldark.

The concert concludes with bfc singing Ola Gjeilo’s Sunrise Mass, first performed in 2008. Explaining Sunrise Mass, Ola Gjeilo said that he “wanted the musical development of the work to evolve from the most transparent and spacey, to something completely earthy and grounded; from nebulous and pristine to more emotional and dramatic, and eventually warm and solid – as a metaphor for human development from child to adult, or as a spiritual journey”.

Where: Attenborough Centre for the Creative Arts, University of Sussex