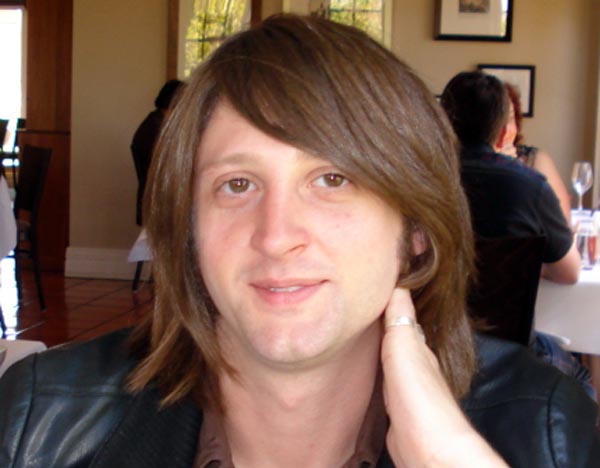 A very special night of rock and roll in aid of the Nick Alexander Trust.

When terrorists attacked the Bataclan Theatre last November, shock waves rippled throughout the music community and messages of support and solidarity flooded in from across the globe.

A Peaceful Noise, which makes its debut at Shepherds Bush Empire on November 15 aims to harness that solidarity and kick-start a movement that uses music to raise awareness, to unite and to pay tribute to all those who were affected by the attack.

The family of Nick Alexander, the British music merchandiser who died in the attack has mobilised the music industry on a global scale and are launching this landmark event to mark the anniversary of the attack and honour the music lovers that lost their lives in Paris with a special night of live music.

The event will raise money for two music-related charities, The Nick Alexander Memorial Trust which has been set up to actively enhance lives and break down barriers through music by providing musical equipment to community groups and Josh Homme’s Sweet Stuff Foundation a charity dedicated to giving assistance to career musicians, recording engineers and their families struggling with illness and disability.

Zoe Alexander, Nick’s sister and A Peaceful Noise founder said: “Live music was Nick’s passion and it seemed only fitting that we mark the anniversary of his passing in this way. Everyone who lost their lives that night had a shared love of music and we’re thrilled to bring some of Nick’s favourite artists together for this celebration of unity, peace and rock and roll”.

The concert will feature performances from a whole host of Nick’s friends and contemporaries including alternative rockers Maximo Park, ex-Supergrass frontman Gaz Coombes, Travis lead singer Fran Healy and Frank Turner, who will be playing his only London date this year. There will also be DJ sets from Bloc Party’s Russell Lissack, Vicar/DJ Father Brian Ralph and Matt Walsh. Plus, more will be announced soon.

Frank Turner added: “Losing Nick in the horrible events in Paris was the worst part of last year; he was truly one of the good guys. Bringing people together in the spirit of peace and music for an evening is the least we can do for his memory, I’m honoured to be asked to play”.

Like the 88 others who lost their lives in the venue that night, as well as the countless injured, Nick was a music lover and going to gigs was a huge part of the fabric of his life. The creation and enjoyment of music exists in every culture across the world and we are stronger and louder together – together we can all make A Peaceful Noise.

About A Peaceful Noise:

When Nick was killed in the terrorist attack on the Bataclan Theatre last November, his family were overwhelmed by the response from the music community. Over the following days and weeks, they received hundreds of messages of support and love from across the world; from artists and production crew, people who had bought a t-shirt from Nick at some point over the years, to people who didn’t know him at all but wanted to reach out.

The positivity and solidarity in those messages was clear – music fans would not let this terrible act divide them. They would stand up for the liberty and freedom that music brought them, and use it as a force for understanding and tolerance.

A Peaceful Noise is their response to try to harness that positivity – to pay tribute to the Paris victims with a positive message of understanding, to celebrate music’s unique ability to unite people as equals, and to raise money for two music related charities paying forward the love and goodwill within the community.

Cost: from £26 plus booking fee