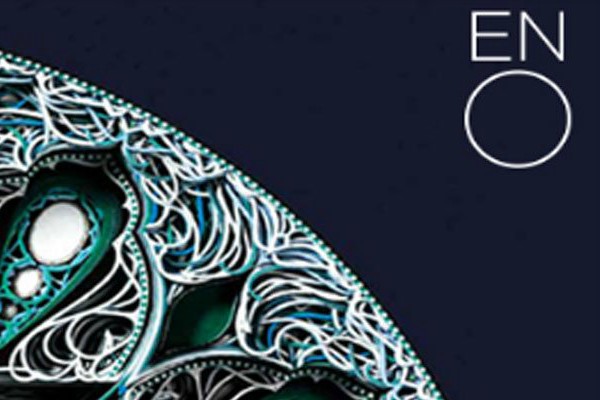 First staged in 2007, Phelim McDermott’s highly acclaimed, spectacularly theatrical production is a visual feast following the early life of Gandhi in South Africa and his non-violent campaigning against segregation and racism and named after his word for Non-violence (for which there is no word in any language in the whole word, which is worth noting.) This opera by Phillip Glass is formed of three mains segments each taking a long and visually dreamlike look at Gandhi’s life but also at the people who inspired, helped, supported and worked with him. Tolstoy, Tagore and Martin Luther King guide the three sections of the work and also the development and maturity of both the principals of Satyagraha as a non-violent form of resistance and also its musical principals as presented by Glass.

They are not always easy to tease out in direct personality but the overall effect, and one that mounts throughout this work is of a progression of cooperative thought and action towards a better world, facing struggle with dignity and numbers and always choosing the non-violent path. The music mirrors and echoes this tension between aggression and non-violent movement and action.  It often made no sense to me at all, not helped by it being sung in Sanskrit and there are no surtitles, but this adds to the dreamlike and ritualistic properties of the night. I abandoned myself to it, was lifted by it and was in the moment of its momentum. Various text is projected onto the stage for this production and becomes a filmatic part of the action.

Satyagraha is instilled with theatrical flair by the award-winning director designer partnership of Improbable’s Phelim McDermott and Julian Crouch and they weave an utterly transfixing account of this complex life with its bare and simple meaning and vision. The use of puppets and silt walking actors and dancers, simplistic repetitive props which writhe and transform into battling giants or huge disturbing animals, the suggestions of city and oppressive oligarchies with a sneering, menacing almost Terry Gillingham surrealist edge is impressive and convincing. The constant feeling of both stillness and movement is kept in a contradictory balance at the heart of the action. It’s not an easy thing to write about or to digest as fact, it’s all metaphor, shadow, suggestion and oddness, but the overall effect is beautiful, although sometimes unsettlingly so.

The music is pure Glass, but with luscious space in this opera for the singers and rather than regulate them to supporting roles, Glass has presented them out front, in full parity with the music and sometimes even guiding it, I was impressed by the subtle and often convoluted ways in which the singers and the music met at repeated moments of joint emotional clarity and I felt convinced again that there was a deeper level to the often mechanical and empirical dissections of Glass’s music. The first time I watched this opera, I learned to love Glass, this revival gave me added warmth and depth, and it’s still superb.

Toby Spence portrayal of Gandhi is humble and convincing, it doesn’t matter that he’s singing in Sanskrit, he’s gentle, soft and compelling and carries the work on his immensely dignified shoulders and his lyrical tenor voice.

Charlotte Beament as Ghandi’s secretary Miss Schlesen was astonishing too, her voice rising up into the highest ranges and is generous with a sharp ethereal edge to the combined singing, I was enchanted by her.

Anna-Clare Monk excelled with her polished top soprano giving graceful dull diligence to the role of Mrs Naidoo. Stephanie Marshall’s mezzo contrasts and flows with a lyrical richness that enchanted as Kasturbai, and the wonderfully formidable Sarah Pring reprises her role of Mrs Alexander and her Ninja umbrella. The ENO chorus work hard venting their contempt and rage or offering supreme almost angelic support they are triumphant in their clear and mesmerising voice.

Laren Kamensek very familiar with Glass and the ENO orchestra from her wonderful control of Akhnaten conducted with pure mathematical precision allowing the music to delicately & relentlessly unfold like an ancient origami secret box and the orchestra were like a ruthless finely oiled machine from the first note to the last, that’s a terrifically impressive pit.  They deserved the rapturous applause they received.

Act two is spectacular. Visually it’s astonishing, blending and weaving itself with an endless sense of movement, representing the public support for Gandhi in the printed press. I was transfixed as the second part rose to its crescendo and with the projections, movement of actors, changing lighting effects and full of force of voice and music from the singers at the front of the stage. This was opera at its best.

The third act is a slow wind down, with a few highlights from the ever delightful chorus but a lot of very, very slow progressions and acting, after the intense  brilliant heat of the second section it made me impatient and I had to check myself and relax, breath and keep myself calm and remind myself of its meditative meaning. I reminded myself a few times…..then a few times more.  It’s a long trek though and even with its meditative central theme and endlessly repeated arpeggios the third act is a little too long for me, with Mr Glass’s infinite variations.

Book now it’s a superb night, utterly divine; but invest a little to really enjoy it with just the slightest bit of reading up on the synopsis and ideas behind this Opera, and then with a little knowledge let yourself in for a wonderful night of quite unforgettable entertainment. You’ll may even leave humming a theme, it stayed with us all the way home. You will be both thrilled and stilled by this superb ENO production.