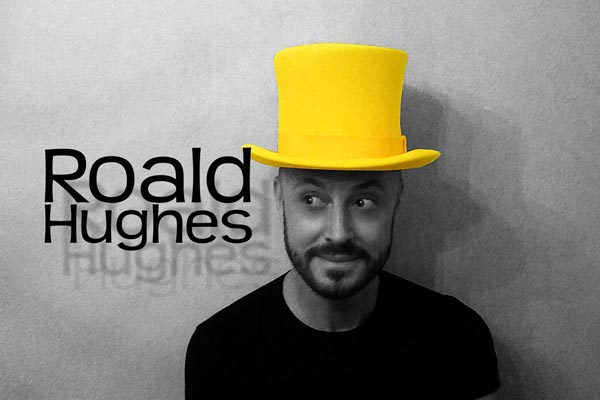 ON his last album ROALD his tracks reflected different perspectives of life and people. “I was at the point in life where I was dealing with baggage from my past. I was filtering through it all psychologically, processing wounded memories and knew I had to embrace all the good ones,” he says.

He’s very proud of that album, calling it “very genuine,” though in hindsight he thinks he was still developing as an artist and composer at the time.

A deep thinker and very much a people watcher, on his new album HeadSpace he has tried in the new numbers to be original in his approach to the writing and vocally he uses the complete range of his voice from the head voice (falsetto), down to the bass.

He continues: “I write in quite a unique way. The melody; embryonic without any form of instrumentation will find its way into my thoughts then through my mouth to the mic like water flowing naturally finding its way, sung out with my lyrics, and then the music is arranged around it.

He found the writing process on the new album very cathartic, and in a way considers it an art form not written from a standard musicians point of view.

He believes this album has more depth and he has learnt to successfully balance seriousness with a little humour. He considers HeadSpace to include his best song writing yet and is extremely sanguine about the project.

ROALD grew up in Derbyshire, going on the study menswear and fetishism at The London College of Fashion where he went on to complete a degree with honors.

“Studying for a degree in the arts does make you view things in a different way” he says: “It’s definitely made me look at music differently and affected the way I now construct a song, compared with the songs I wrote formerly.”

Road’s been singing since he was a kid, along with his brothers and mum who played guitar. “I used to make songs up but never thought of them as important as a child. I should have written them down as they were all done from memory. Since then I’ve written and recorded hundreds of songs.”

He was also involved with a male voice choir for a time, which taught him much about harmonisation and how to use different vocal techniques. He has been in two pop bands; World Nation and Hideal and has provided vocals on numerous tracks for different projects and various releases.

His current musical influences are many and varied. “I especially like the bands ‘London Grammar’ and ‘Hurts’ and feel a sense of real emotion with their music. I like how their arrangements work so well with the songs. Paloma Faith, Ellie Goulding, Sia and Coldplay are in my view masters in their art.”

George Michael was an early inspiration for Roald and he loves Alison Moyet and how she uses her voice like an instrument. “She writes phonetically and is quite brilliant and I’ve probably learned more from her than anyone. Her ‘Other’ album is my current favourite.” He tends to follow artists who also write their own material.

He thinks there is more depth to this album and considers this to include his best song-writing yet. He has learnt to balance seriousness with a little humour and overall is extremely sanguine about this project.

“I found I was writing lots of songs about people’s idiosyncrasies and misdemeanours as well as my own, and I came up with the album title, ‘HeadSpace’, when I also considered how we need to live and work at our own pace, our own space. That space can be troubled at times, so there are some quite dark songs and some are very beautiful.”

His personal favourites tracks are Through The Water, Listen and Help which in part relate to himself, but he is also fond of some of the more up-tempo tracks, including Beautiful, Haunted, Medicine and the title track Head Space.

He loves the intimate honesty of  In This Bed, while he thinks Torture Garden a number about mental health, depression and bipolar will hit home with many people.

He has recorded a video for Torture Garden which was released on May 14 for Mental Health Week 2018.  “We all go through highs and lows in our mental health. There is a message of hope in there and there is a story in this album. There are no ‘fillers’ each song stands up,” he says.

Looking to the future, Roald wants to write more material for other artists. Although the artist and DJ are the ones who get the song known to the masses, he thinks writers deserve a bit more credibility – matching the artist or even the DJ.  “I don’t think we give enough focus on the writer. Without the writer there is no music business. On download sites etc, they’re almost overlooked. If there’s one way in which I would hope the music industry will change, it’s that,” he says.