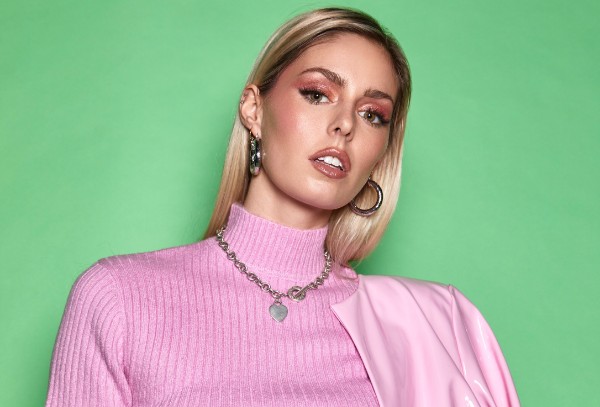 In the run up to her fast approaching album’s release, we take a look at pop newbie Call me loop’s latest cheeky dance bop that celebrates breaking up, Silly Boy.

LIGHT, playful vocals bounce along a line of synthetic drum taps as Call me loop introduces us to 2019’s incarnation of a heart-broken ballard. Almost mirroring the vocal rhythms of Shawn Mendes‘ There’s Nothing Holdin’ Me Back, the chirpy voice of Loop takes over the main meat of encouraging track Silly Boy, forcing each of the simple drum patters into the very back of the room, as she exclaims (with what i imagine to be a smug smirk of enjoyment) “Used to joke about my age, but now who’s acting young?” in a sweet sort of victory. Bubbling like an excited child in a candystore, the gleeful singer’s cantabile style vocal intensifies in its new found glory as the lyrics continue “not gonna waste my breath, I’ll just let you do you,” allowing the track’s alluring verse to pull us in further to the song’s story.

For the third track from her soon to be released album Drama, the Surrey born Brixton local seemingly channels Lilly Allen‘s cheeky punk style, complete with a charmingly potent English twang, in order to craft a rather tongue in cheek play on the aftermath of a broken relationship. As the young artist explains herself, the minimalistic carefree track encapsulates the feeling of weightless freedom after breaking up with that ex (that’s not quite an ex but technically is- you get the point), and the bright burst of energy that can hit you afterwards.

And as the gentle prechorus quickly approaches, gearing us up for a subtle wave of empowering chorus, the artist switches up the instrumentation, adding in a few synth chords to instead embody a soft and sweet feel. “so go run a mile, cos you’re scared of my smile,” she playful quips, whilst more drum taps and drawn out synth notes join in on the lighthearted anthem.

Suddenly all of the tip-tapping electronic instruments drain out, leaving behind a residue of choppy drum thuds, and the cheeky chorus takes over. “silly, silly boy,” Loop’s tutting voice mocks. “silly, silly boy,” she teases as the drums almost clap along to her ridicule filled jabs.

With a subtle texture, and refined use of electronic drums and masterful vocals, Call me loop has crafted a pleasant piece of empowering pop that’s just perfect for a summer’s morning. Each sharp quip seems to fully absorb the overall vibe of Ariana Grande‘s Thank you next, poking fun at the break down of an almost would-be relationship with light humour and playfulness.

Overall, this seems to be great track for 2019’s heartbroken to bop along to.