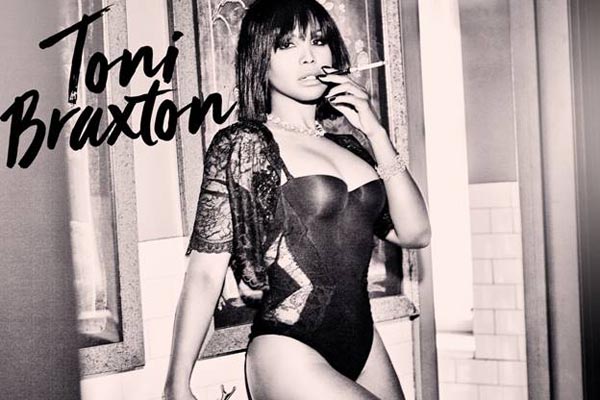 Imagine this: It’s the nineties – early nineties, 1991 to be exact. You’re in a club and it’s slowly nearing the end of the night. Most people have gone home already, and those that are left are slow dancing in the middle of the desolate floor.

Babyface was just playing, imprinting on you the urge to get up and dance. You’ve been waiting all night to show off your best moves, and now as good a time as any to break onto the floor and raise hell. You signal the DJ to spin you a track by TLC or something – anything good, mustering up the courage to step out into the spotlight of the disco ball. You’re all ready, but then – ugh. Celine Dione.

That’s the feeling of Toni Braxton’s Sex and Cigarettes. A Tangled mess of ballads and mediocrity. With the rare welcoming of a synth or two to the party, there’s the teasing of a few well-rounded dance tracks, but they instead leave you hanging on long drawn out ballads.

Tracks like Deadwood clumsily blend together scratches of country guitar and the soulful R&B Braxton is known for, to no avail; it just sounds desperate to be modern.

The album is dated, but even the attempts at modernising it become generic and derivative. New elements like the iconic vocal one shot sample synth from Major Lazer’s Lean on make an appearance (all be it short), but it’s like a drunk DJ has fumbled his way onto the stage at a country concert – it doesn’t fit.

I suppose the only forgiving element in this album of drivel is that not all of the songs sound alike. Although, I did have trouble distinguishing between some (Looking at you Coping, Missin’, Sex and Cigarettes).

Amazingly My heart sounds worlds away from FOH, with Spanish guitars and haunting swirls from backing vocals (which by the way are gorgeous).

Thankfully Braxton teamed up with singer-songwriter Colbie Calliat to create the half decent poetic piece of My heart. Overall there’s an attempt at variation, but nothing beyond swapping a few instruments here and there which, from a seasoned musician such as Braxton, is a little disappointing.

After mulling over the album for a few days, the only song that really stood out was FOH. The track is the breath of fresh air Sex and Cigarettes desperately needs. Not quite overtly pop, but not too dull, the piano ballad reeks of pain. She’s waiting at the door in a dimly lit hallway, desperate for her phone to reveal the reply she’s longing for. Pain and fury entwined in the piano – tainted chords burning loneliness and anger into your ears with every second of sustain. A dark twinge of reverse on the instrument’s tears introduce a sadness to the album that was barely present before. Ignoring the drab lyricism, It’s almost heartbreaking. The track is the only one in the album that shows promise, but even then I wouldn’t commit to buying it. The perfect minimalism of the piano is a sound worthy of repeat however, but perhaps in a different song.