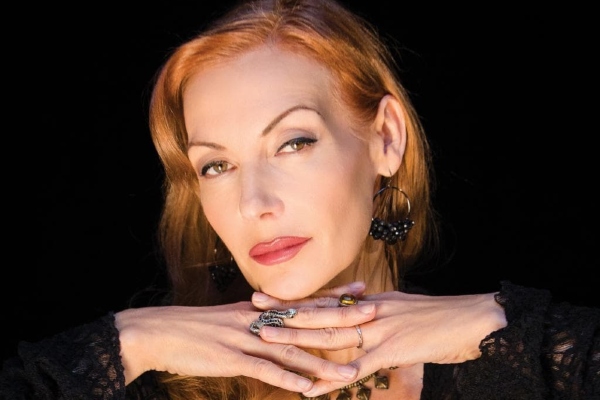 Put third February in your diaries now if you love the unique style of that great performer Marlene Dietrich as she is brought to life in Brighton for one night only. In 1987 Ute Lemper opened on stage in Paris as Sally Bowles in Cabaret and was immediately hailed by critics as “ the new Marlene “ .

This comment led to a 3-hour phone  conversation between the newcomer and the old reclusive superstar.  Some 30 years later Ute now recreates that conversation – about love, life, bitterness, anti-Nazism but above all the magical musical repertoire Marlene created from her signature Lil Marlene to the anti-war song of the 60’s Where Have All the Flowers Gone ?

In an exclusive glimpse Ute told Gscene : “ The show is deeply tragic, but also comic – Marlene claimed to have slept with everyone she worked with – some 50,000 lovers, she said “

“I am channelling the pain of her life – it’s not a romantic version . I aim to get to the core of her life .”

That said, the show which starts with the phone chat but in a time warp has Marlene taking over the stage, is full of humanity, respect and pure love of a genius at her art.

The show is at the Old Market, Hove, on 3 February. Ticket information at the old market.com