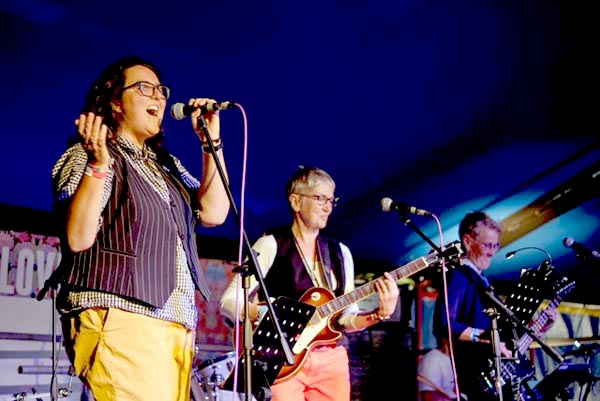 Siren toured nationally as a theatre company during the ‘80s, producing two albums, Siren in Queer Street and Siren Plays and some members of the group were also in Devil’s Dykes and Bright Girls (who were featured on the Brighton compilation albums “Vaultage 78” and “80”).

“[Siren] began bleeding the raw, kick-ass anarchism that their older music was all about – only now packaged up in a beautifully refined style of classic rock….. Although the politics was practically bubbling in hot fury throughout their performance that night, their wonderful sense of humour and light tales of love, were injected into each song”…….Gscene Magazine

Join the original bad girls of punk for their big birthday celebration gig at The Brunswick with sexy, soaring vocals, some damn fine musicianship with original songs and a good few covers, as well as an ‘80s quiz with prizes!

Your guaranteed a night of post punk fun, politics, pop and a bop.