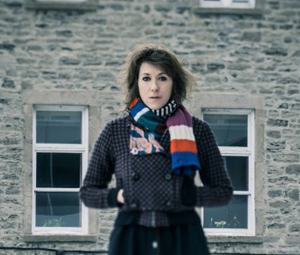 The hugely expressive Martha Wainwright, little sister of Rufus and daughter of folk legends Kate McGarrigle and Loudon Wainwright III, will be performing an intimate gig at the Komedia, Brighton on Thursday, August 22 at 8pm.

Following last year’s sell out show at St George’s Church, the beguiling entertainer, known for straight-to-the-heart lyrics and boozy vocals, will cherry pick songs from her eponymous debut from 2005, which featured the biting Bloody Mother F*cking Asshole;  2008′s brilliant I Know You’re Married, But I Have Feelings Too, which featured the glistening Hearts Club Band;  and last year’s Come Home To Mama, which featured the dramatic I Am Sorry, and the beautiful Proserpina, written by her late mother, Kate.