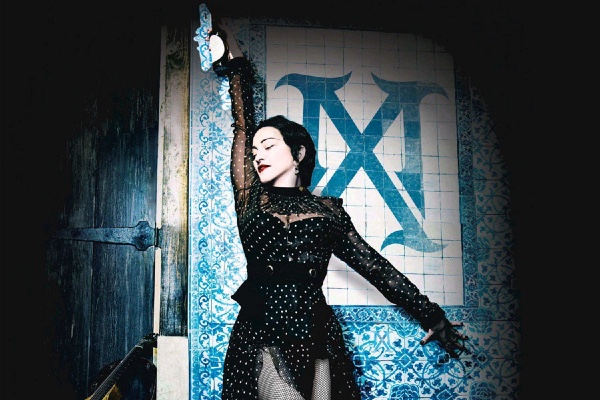 Madonna brings her highly anticipated Madame X theatre tour to Europe on Sunday, January 12 with eight shows at The Coliseum in Lisbon, followed by 15 nights at the London Palladium from Monday, January 27, before finishing in Paris on March 11.

The tour, which began in Brooklyn, New York on September 17, marks a significant shift by Madonna from large scale Arena and Stadium productions  to a more intimate setting. The current outing is the pop legend’s 11th tour and is in support of her critically acclaimed album Madame X.

The New York Times said of the US performances “Yes, she is 61, but her music remains determinedly contemporary”, whilst Rolling Stone commented: “Thirty years after she set fire to the Eighties she’s as gloriously weird as ever. Hence her excellent new Madame X tour, a testament to the genius in her madness”.

The Portugal dates bring the Madame X creation full circle as the album was conceived during Madonna’s time there, having moved her family to Lisbon in support of her son’s move to a football academy.

The album Madame X is available now on all digital platforms.