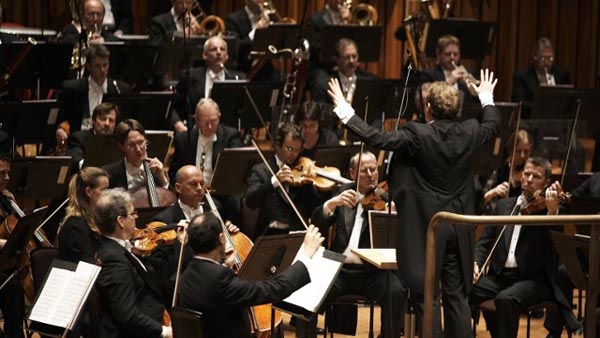 The London Gay Symphony Orchestra (LGSO) has been chosen to be part of All Together Now: The Great Orchestra Challenge – a nation-wide search for the orchestra that best captures the spirit of great British amateur music-making in the UK.

The four-part series, which will celebrate the breadth and quality of amateur orchestral playing across the nation, follows five orchestras as they compete for a place in the Grand Final. It will begin on BBC Four at the end of August, with the final episode to be broadcast on BBC Two.

Founded in 1996, LGSO is the UK’s oldest LGBT orchestra. Members boast a mix of occupations ranging from gardening to graphic design, cabaret to neuroscience. The orchestra regularly plays all over London, with the occasional foray to Brighton, and is an enthusiastic supporter of multiple charitable causes.

The four other orchestras featured in the series will be: North Devon Sinfonia, Slaithwaite Philharmonic Orchestra, Stirling Orchestra and The People’s Orchestra (based in Birmingham).

Paul Daniel said: “I’ll be looking for the orchestra that goes beyond technical excellence, they’ll have to capture the spirit and excitement of British amateur music, they have to really engage us musically and emotionally and connect with their audience. No matter where and how they start out, I want my ‘best’ orchestra to discover and really develop its potential.”

The series will visit the orchestras in their home-towns, meeting the players in their homes, in rehearsal, taking part in masterclasses and staging their own concerts.

It will follow them on their unique journeys, showcasing their development as they work with Chi-chi and Paul and giving them unrivalled opportunities to perform at world-class venues including the BBC’s Maida Vale studios, the Bridgewater Hall in Manchester and London’s Royal Albert Hall.

Each week’s episode will have a distinct musical theme, from the symphony to opera.  The orchestras will present a performance based on the week’s theme in every episode, which will be judged by Paul Daniel.

The winning orchestra will be crowned the UK’s most inspirational amateur orchestra and will perform on stage at BBC Proms in the Park, in Hyde Park, filmed for broadcast in the final episode of the series.

All Together Now: The Great Orchestra Challenge is part of the BBC’s nationwide Get Playing campaign, which is encouraging everyone to play music together – from lapsed players who want to dust off their instruments and brush up their skills, to enthusiastic amateurs who play regularly.  Partners of the project are ABRSM, Making Music and Music for All.

Get Playing culminates in a huge celebration on the Last Night of the Proms on September 10 with the BBC’s first ever virtual or digital orchestra.

Deadline is August 27, 2016 and groups as well as individuals are welcome!

LGSO is the UK’s oldest LGBT orchestra and one of only a handful in the world. The orchestra is as much a social group as a musical one, and was founded by conductor Robin Gordon-Powell in 1996, to give people the opportunity to do something they enjoyed in a friendly and supportive environment without the fear of encountering prejudice.

The LGSO has given four or more concerts every year for the past twenty at venues including the Royal Festival Hall; toured internationally to Paris, Cologne and Zagreb; performed with Jimmy Somerville, Rosalind Plowright and Sue Perkins; recorded a score for the cult film Pervirella; commissioned work from upcoming composers; and raised thousands for charities such as Amnesty and Albert Kennedy Trust.

Patrons or the orchestra, include: Allegra McEvedy, Amy Lamé and Sandi Toksvig.