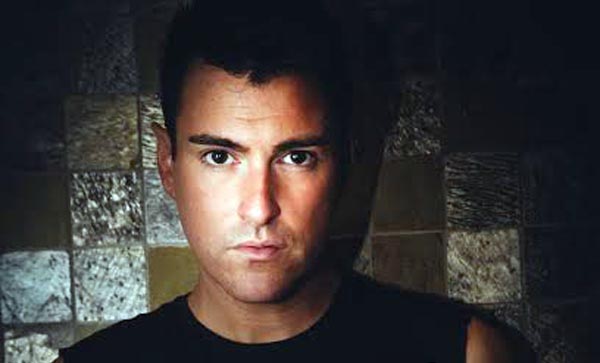 Allan has been busy making a name for himself on the club/dance music scene. Two years ago he signed a deal with Energise Records to be part of their high Energy Dance Label, following in the footsteps of Nicki French, Hazel Dean, Pete Wilson, Sonia and probably most famously Sinitta.

He spent much of 2015 promoting his last single I go to pieces which achieved airplay in both Australia and Hong Kong and reached number 3 in the Italo NRG top 40 chart and number 4 in the Euro Dance Hits Chart.

Along with theatre Allan has worked extensively as a dancer and choreographer with shows such as An Evening of Bollywood starring Sharokahn Kann, Chicago and Beyond, and Christmas at Wembley and most recently you could see him dancing on Channel 4’s ‘The last leg’.

This Christmas he is appearing for the biggest UK pantomime producers First Family Entertainment in their production Snow White and the Seven Dwarfs as Prince Lorenzo at the Kings Theatre Glasgow.

In February he will join the cast of the Alternative Panto, Sinderfella at the Sallis Benney Theatre here in Brighton, playing Buttucks.

Between performances in Snow White Allan answered a few questions for Gscene.

Tell us about your new single?
The new single is called Boom Boom Boom – Let’s go back to my room. It’s a cover of a Paul Lekakis hit in 1987. The song is about an openly gay man singing about going home at the end of the night with another man. It was very risky for its time. It’s a great track and when Energise suggested it I thought it was a great follow-up to I go to Pieces. With Mixes from Matt Pop and Stormby we have really brought this song into 2015 while keeping its original strong 80’s feel . It’s a fun, cheeky track which will get you dancing.

You recently performed at the LGBTI ICON Awards in Glasgow. Tell us about that.
Having only moved back to Glasgow in March after 14 years living in London it was a great privilege to be up for an ICON Award 2015. Then out of thousands of votes, to get to the top 3 for Entertainer of the year was incredible. Performing on the night was great it was a brilliant atmosphere and the crowd went wild when the boys and I performed. To be judged by Michelle Visage and Conchita Wurst was great and to meet them even better. Sadly I didn’t win but it was a great experience.

You are appearing in 2 Panto’s in the coming months. Tell us about those.
Oh no I’m not – sorry had to be done ……….. Yes this year I am playing Prince Lorenzo at the Kings Theatre Glasgow in Snow White and the Seven Dwarfs. It’s really exciting to be playing a lead role in my home city. I’m very excited about the production. I love the Kings Theatre and I’m looking forward to working with such a great cast. After that I am coming to Brighton for a slightly more adult Panto ‘Sinderfella’ at the Sallis Benney Theatre. The production is for adults only with a lot of naughty humour. For this Panto I will be playing Buttucks ha ha ha ha!

Who would you like to sing a duet with?
I have to say there a many people who I would absolutely love to duet with. Being with Energise Records I absolutely love the HiNRG dance music. For that reason I would love to record and perform with Danni Minogue.

What would be your dream gig?
I have been extremely lucky in my career performing at some amazing venues in amazing countries. From Reno in America where I performed at one of their famous casino’s alongside the likes of Joan Rivers to performing at awards ceremonies for the European Sports awards and Vodafone RLI Awards. But for me the biggest dream would be to represent the UK at Eurovision. Now that would be a dream come true!!!!!

What are your plans for the next 12 months?
Well firstly it’s all about promoting Boom Boom Boom – Lets Go Back To My Room. I hope your readers will get a copy of this brilliant track. Both pantomimes takes me to the middle of February then I will be working on my album which will be out around May 2016. So it’s exciting times ahead which I’m really looking forward to.

Allan plays Prince Lorenzo in Snow White and the Seven Dwarfs at the Kings Theatre, Glasgow till January 11, 2016.