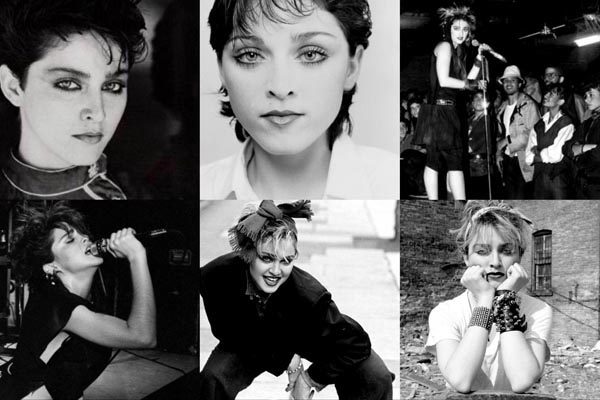 There’s something I’ve just got to say by Craig Hanlon-Smith.

ON July 13, 1987, Madonna Louise Veronica Ciccone stood on stage at Madison Square Garden in New York City midway through her Who’s That Girl Tour set to address the audience. The show was an additional date added to the schedule in memory of her friend Martin Burgoyne who had died from AIDS related complications the previous year and it raised $400,000 for the American Foundation for AIDS Research (AMFAR).

Madonna’s long association with the gay community was then unchartered territory in comparison to what it would become, but at a time when celebrated gender bending queer courting artists were running for the hills only to return wearing grey suits and a heterosexual partner for fear of any connection with AIDS crisis, Madonna gorged out a line in the concrete and stood up.

Only four years earlier rock legends Queen had all but closed their career down in the US with their I Want to Break Free video (in which they appeared in drag), and here Madonna risked total alienation from a conservative record buying public and stuck her neck out. Whilst celebrated artists adored by their gay audience were calling upon their following to repent and accept either the love of Jesus or the AIDS ridden wrath of God, Madonna’s friends were sick and dying and therefore she knew other people had friends who were sick and dying and so held out a hand when it seemed no one else was interested, to help. It was a brave move.

On June 24, 1990 as part of her celebrated Blond Ambition Tour Madonna again dedicated a show to AMFAR in memory of her friend Keith Haring who had recently died raising an additional $300,000. At every date on her Girlie Show Tour in 1993 she dedicated her song In This Life to two of her friends who had died as a result of AIDS. I stood in the audience at Wembley Stadium as she towered above my head on that huge stage and said “To those of you out there who are suffering, and to those of you out there who know someone who is suffering, don’t give up hope”. These were still the days before effective HIV treatment and combination drug therapies, HIV was a passport to early death. And it is not that Madonna did not know how important those actions and words were at the time, she should be celebrated for exactly knowing how important it was for someone at the height of their fame and influence to speak up for a community that was dazed, desperate and dying. The ’93 London show speech was eventually broadcast on BBC Radio One in December of that year, a speech that other international broadcasters edited out from transmission.

In September 1998 during another surge in her popularity following the release of the multi-million selling Ray of Light album, Madonna attended the 14th Annual Aids Walk in Los Angeles delivering an impassioned speech concerning the US Government money spent on an investigation into President Clinton set against the federal investment into AIDS treatment and research, again I listened to it broadcast on news channels thousands of miles away. She has attended awareness and fundraising dance-a-thons bringing international media attention to the event and issue, and more recently on the U.K leg of her Rebel Heart Tour spoke with kind warmth support of the HIV community at her London show which happened to coincide with World Aids Day. And let us not forget her 15 million selling Like a Prayer album came with a safe sex/AIDS awareness leaflet created and inserted into every copy sold at her personal request. These stories alone would cement her as my hero, but that is not all.

Madonna’s Express Yourself Don’t Repress Yourself career mantra has been picked up by the LGBT+ communities and championed by almost every Drag Queen performer across Pride events the world over for almost thirty years, but the connection with people who are different runs much deeper than an adopted phrase or musical anthem. Madonna has often included homoeroticism in her music videos, implicitly in Open Your Heart, Express Yourself and Vogue more explicitly in Justify My Love and Erotica to name a hand-full, also through her much-maligned Sex book but it was her 1991 tour documentary Truth or Dare/In Bed with Madonna that ripped the lid off any uncertainty and screamed “I’m supporting these people and if you don’t like it, I don’t care”.

There is of course the much talked of gay kiss between dancers Gabriel Trupin and Salim Gauwloos playing out in packed cinema theatres two years before the Hollywood blockbuster Philadelphia, an Oscar-winning film addressing the AIDS crisis and containing multiple examples of male gay relationships without

managing to even suggest any form of physical affection whatsoever. In Madonna’s movie, we saw only a kiss but one so electric we knew those gays were fucking, and this gay boy sat and watched that film week after week after week and thought “this is what they mean when they shout ‘fucking queers’ – there they are!” And it was life changing. If those men up there on that massive screen can do it then I can go home and do it in my lonely gay bed. That moment watched again and again gave me hope, belief and determination to stick with it. She showed us prejudice within her own band of brothers when her only straight dancer is filmed saying of his gay colleagues “I don’t have no kind of respect for these people”. We knew it wouldn’t be easy but we didn’t feel alone; Madonna’s got my back and I can do this.

Throughout her career and especially these last fifteen years as she has dared to stick around Madonna has continually been verbally assaulted and attacked in the media and pub alike. Sexist, misogynistic, ageist vitriolic bile centred around her age, sexually provocative imagery, adoption, charity work, fashion choices, veiny hands, forays into musical genres considered too young, and all from journalists, male, female, philosophers, academics, feminists, television presenters, former partners personal and professional and perhaps most unkindly artistic contemporaries.

Both sophisticated and unsophisticated requests for Madonna to go away and be quiet but she who will not be quiet will neither go away and it is this strength and determination to exist that binds her to me as a forty-six year-old gay man and my fellow members of our widening LGBT+ communities. We too are told when we request and expect to be heard that we should be grateful, that we are aggressive for requesting equality and a voice and in simple terms to ‘shut up’. Even now in 2018 when verbally assaulted in the street in broad-daylight rather than get angry I can ask myself “What would Madonna do” and I see her on stage in 2012 as part of her MDNA tour, shirt off and painted onto her skin across her back the statement ‘No Fear’.