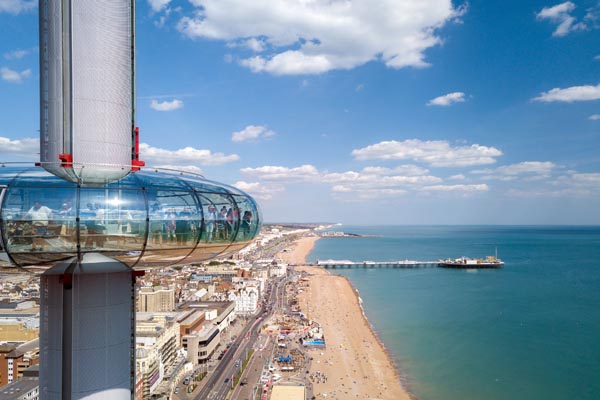 Superstar DJ Norman Cook aka Fatboy Slim will play a unique set on the British Airways i360 pod on Monday, July 30 from 8pm.

THE event will be produced and broadcasted live to millions of fans by the French livestreaming platform Cercle.

120 lucky ticket holders will be dancing in the sunset to Brighton’s best-known chart-topper, 450ft above the city at the first ever electronic music concert held on the pod.

Fatboy Slim winner of ten MTV Video Music Awards, two Brit Awards, and known for international hits including Praise You, Weapon of Choice and Right Here, Right Now, has a history of playing in unusual Icon settings including the Great Wall of China, Banksy’s Dismaland bar and an igloo in Austria which have all been transformed by the DJ.

The performance will be live streamed on Facebook by Cercle, using multiple cameras and drone footage. The audience will be able to ask the superstar DJ questions in a live interview after the gig.

Cercle is a French live streaming platform dedicated to putting on electronic music events in extraordinary locations, including the Eiffel Tower, the Roman Theatre of Orange and the Palace of Fontainebleau.