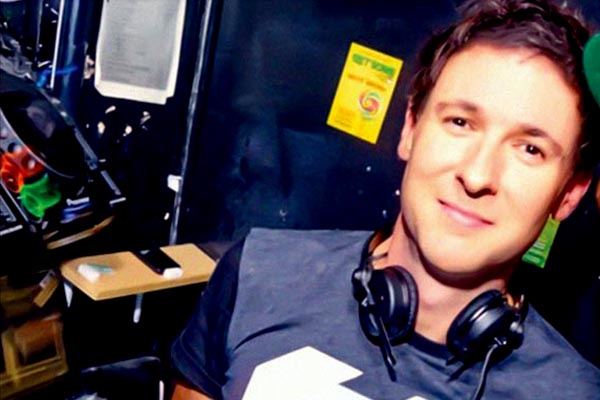 Well you gorgeous sun bunnies you – it seems that the early summer is upon us now that June has arrived!

AND what better way to drench those sparkling days and balmy nights (I’m ever the weather optimist) is there than with a soundtrack filled with fun and joy?

This month, Queenie has a chat with Rob Davis, the fabulous DJ Rob D, to find out where we can hear him, what he loves to hear and even where he’d like to reside…

How are you? Very well, thank you. I’ve actually just got back from the United States after spending three weeks out there visiting family and friends. I would absolutely move out there tomorrow if I could!!!!

Where can we hear you? It does change from time to time, but I generally play in either Brighton or Central London these days. You can find me at the Freedom bar in Soho and the Two Brewers in Clapham amongst others in London. I love playing at both Revenge and Charles Street Tap in Brighton. You can also spot me at the Hampshire Boulevard in Portsmouth.

What are you playing these days? Well, I’m always mainly commercial. I play pop, I love my R&B an, of course, I’ll always play some great house bangers, particularly house remixes of old 1980s and 1990s classics. You can never go wrong with those! I also like some cheese)

Fave song of all time? Oh gosh. There are so many songs out there I could listen to again and again. But if I had to choose one it would have to be DJ Sammy’s ‘Heaven’. If I could be cheeky and choose an artist as well… RIP Avicii! He really was my absolute favourite DJ! All his music was unique and he just had the best songs! My favourite one he did was Seek Bromance.

Best ever gig? I don’t really have just the one best ever gig, but I have a few up there! Norwich Pride back in 2014 was amazing – a really fabulous crowd! Also back in 2012 DJing on Soho Square on a beautiful hot sunny day to hundreds of people! That was cool – or should I say hot, hot, hot!!!!

Tune you wish you’d never played! I never play a tune I regret!