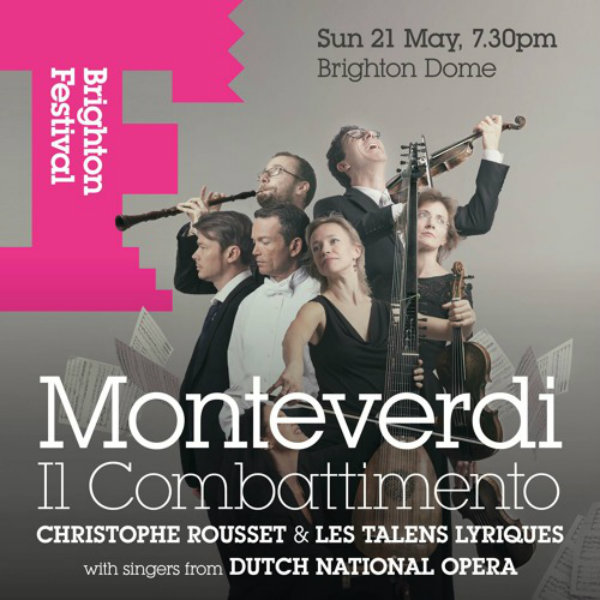 In a striking concert opera performance based on Pierre Audi’s production of Madrigals for Dutch National Opera, there was an exquisite fragment from the lost opera L’Arianna alongside the ‘Lamento’, the only part of L’Arianna to have survived. Il ballo delle Ingrate was  a dance which shows the living what to expect if they resist the arts of Cupid, while Il combattimento di Tancredi e Clorinda told the tale of Tancredi, who, in seeking revenge on his enemy, mistakenly kills his lover, Clorinda.

The master of Baroque music performance, harpsichordist and conductor Christophe Rousset, and his extraordinary ensemble Les Talens Lyrique brought their rare powers of interpretation and insight to Monteverdi’s riveting masterpieces and this concert performance of Combattimento was much anticipated. The endless complex staging and action stops this piece from being staged these days -thankfully- but the music is allowed to shine in this more easy to access way. Rousset conducted from the harpsichord and kept the music fluid, sharp and with a real palpable energy throughout the evening.

Listen to a preview of the concert here

Nathanaël Tavernier big bold beautiful voice was thrilling, rolling around the dome and giving us an excellent feeling of how this could feel and look. He was a highlight of what was a lovely production. Magdalena Pluta sang Arianna’s Lament with a purity and focus that brought the heady emotional content of this piece to the fore, we felt for her and wandered out into the interval discussing what a wretch Theseus was to her.

The closing piece Combattimento di Tancredi e Clarinda was as perfect as it was balanced and resonate with these three masterworks dealing with love and loss and was a fitting flawless finial to this quality evening, it’s rare we get to hear this music and the festival celebrating Monteverdi’s 450th birthday with such style is a delight for those of us who hanker after his music. The Dome is perhaps nor the best suited venue for this style of performance but to be honest I overlooked this, sat back and with my companion allowed the lush lyrical music to flow over us.

Full details of this concert can be seen on the Brighton Festival website here: