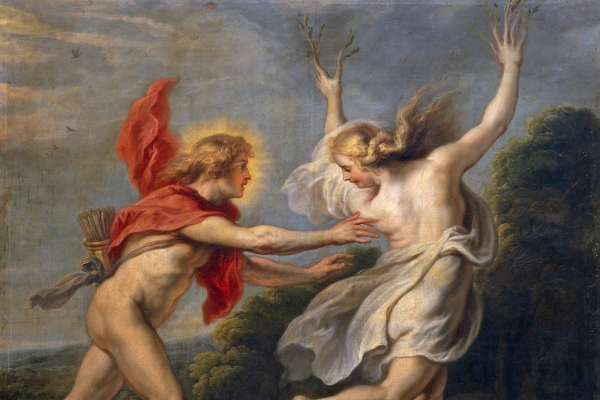 Returning to The Old Market for a fourth year of staging early opera in this intimate venue, BREMF presents a rare chance to see Marco da Gagliano’s 1608 opera La Dafne, in a new production directed by Thomas Guthrie.

This highly entertaining and delightful work was premiered just one year after Monteverdi’s Orfeo, and like Monteverdi, sets a classical story from Ovid’s Metamorphoses. The tale of Apollo and Dafne explores enduring themes of love, power and control as boastful Apollo pursues the beautiful nymph Dafne with dramatic consequences amidst the chaos of gods behaving badly.

Featuring a stellar cast of talented young singers and instrumentalists, including some familiar names from previous BREMF early opera performances such as tenor Rory Carver, who wowed audiences as Orfeo in the Festival’s 2017 production. La Dafne will have four performances over the weekend of Saturday 8 and Sunday 9 February 2020.

For more information about this event of the BREMF contact Cathy Boyes cathy@bremf.org.uk / 07958 790173