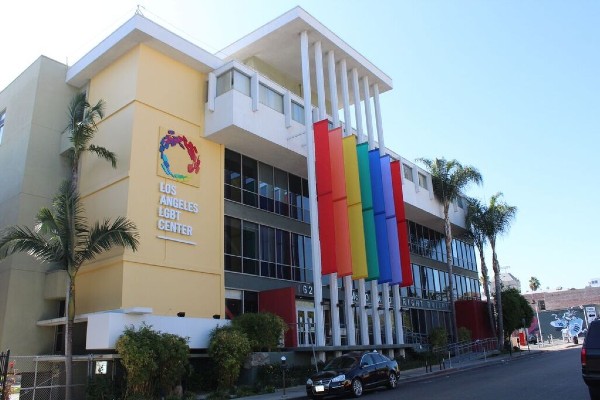 The first ever live telethon in support of Los Angeles’ LGBTQ+ centre has raised around $1.3 million in donations to aid the community during the COVID-19 pandemic. Love in Action was presented by the Ariadne Getty Foundation – an organisation that provides investments to power equality movements – and hosted by actor and LGBTQ+ icon Jane Lynch alongside KTLA 5 news anchor Cher Calvin. RuPaul’s Drag Race star Manila Luzon also featured as the telethon’s donations collector.

Appearances were made by numerous famous figures including Cher and Cyndi Lauper who gave live performances. Lorri L. Jean, CEO of LA’s LGBTQ+ centre, told the Beverly Press: “I am overjoyed to say that the telethon exceeded our expectations – we are astounded not only by the enormous amount of money we raised but also by the outpouring of compassion and generosity shown by the viewers in Los Angeles and around the world.

The money we generated in support of our telethon began being used the very next day to help some of the most vulnerable people in Los Angeles, which means the centre can continue to serve as a first-responder for the LGBTQ community during the pandemic”.

The LA LGBTQ+ centre has been providing support for the city’s queer community since 1969 and now has nearly 800 employees. It assists more people than any other LGBTQ+ centre in the world. Donations are still being accepted online.