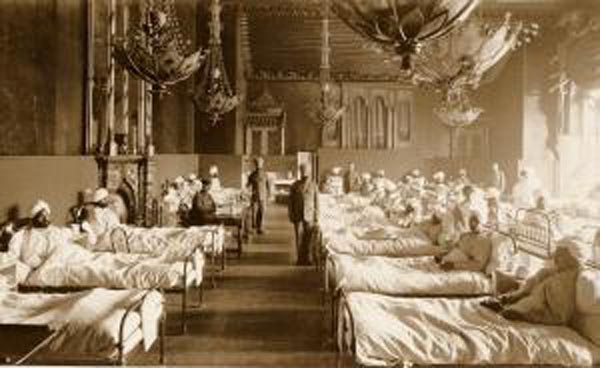 February is the final month of a major free exhibition at Brighton Museum and Art Gallery commemorating the 100th anniversary of the First World War.

War Stories: Voices from the First World War will run until March 1. The exhibition brings to life the wartime experiences of 13 people whose personal stories reveal the impact of war – including young soldiers from Brighton who fought on the Western Front, an Albion footballer who died in the conflict and nurses who tended the wounded. Their stories are being featured after curators invited people to share their wartime family stories for the exhibition.

The exhibition, which opened in the summer, is open Tuesday – Sunday from 10 a.m. to 5 p.m.

Other exhibitions are also running at the Museum and Art Gallery and at the Royal Pavilion as part of the city’s WW1 commemorations:

A display of original First World War posters from the museum’s own collections. The posters tell the stories of the push for enlistment, of women workers, of the plight of Belgian refugees and other allies, of rationing as the U-boat blockade bites, and of government requests for financial help as the cost of the war starts to hit hard.

At the outbreak of WW1 many hoped it would be ‘over by Christmas’ but in December 1914, with the war continuing, the Royal Pavilion was converted into a military hospital for Indian soldiers wounded on the Western Front. Between December 1914 and January 1916 over 4,000 Indians and Gurkhas were treated at the Pavilion, Dome and Corn Exchange.

The poignant story is told through archive photographs, letters and film in a dedicated gallery in the Royal Pavilion.

The Pavilion is open daily from 10 a.m.