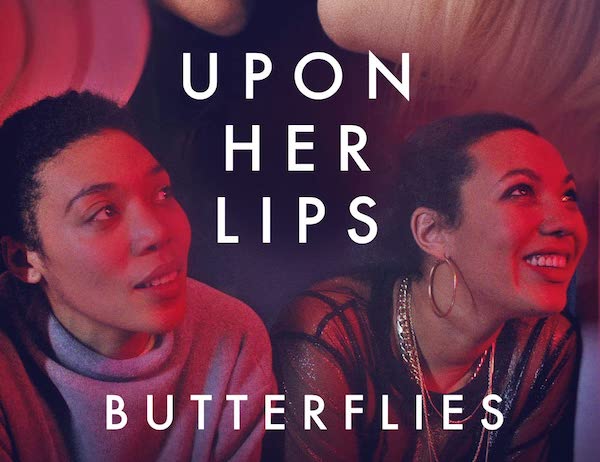 The latest international compilation of lesbian films from NQV media is an intriguing quintet of shorts that explore same-sex partnerships and the problems they sometimes undergo.

Polygraph is an Israeli/Palestinian film that depicts the strained relationship Yasmine finds herself in as an openly lesbian Arab medic who finds out that her partner Or, an Israel intelligence officer, has been reporting back on their relationship as part of her security vetting process.

The tense situation is worsened when Yasmine’s sister visits and is less than sympathetic about the presence of “the enemy…..a murderer” as she calls Or.

Feedback is a touching and cleverly crafted film about the onset of deafness for young swimming teacher, Maude. We get just some of the feeling of her plight, due to loud painful noises in the soundtrack and then highly muffled dialogue. Her partner Clothilde seems at first disbelieving, and then unsympathetic, especially after she discovers Maud can partially hear through her new hearing aids, but had kept this from her partner. It concludes with Maude feeling she must listen to herself in a future without her partner.

We can all probably identify with the situation in The Cricket And The Ant, where young student Lena is engaged in a passionate love affair with her French teacher. How will she keep it a secret from her classmates and the teacher’s husband? The bitter realisation of the failure of the affair is played out through Lena’s explanation to her classmates of the meaning of LaFontaine’s fable of the title, where opposites should be able to attract and where there is no right or wrong, but just decisions to be made.

In We Were Waves Once, Cocteau has writer’s block, and is affected by her estranged father’s death. But when she meets the wayward wild child Alicia, she discovers that they are not so different and since Alicia is also a writer/performer, she may be the sexual and emotional stimulus Cocteau needs to write again.

And finally The Girl And The Gondola is just that – a touching tale, set against the fabulous backdrop of Venice, where young Carla plays football with the boys and dreams of following her father’s footsteps as a gondolier. It’s a story of prejudice, love and aspiration, perfectly complemented by the romantic music and scenery of this paradise place.

Upon Her Lips – Butteflies is available from April 22 on Prime video, Vimeo on demand and PeccadilloPod.com