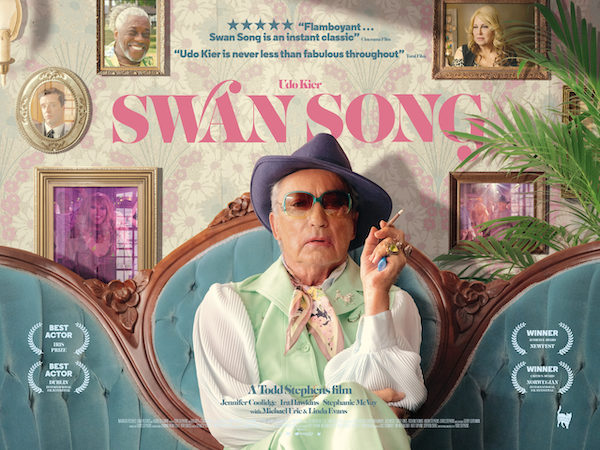 When a lawyer turns up he’s made an offer he feels obliged to initially reject. His biggest former client, the mega-wealthy Rita Parker-Sloan, who had deserted him for his apprentice-turned rival, is dead and has stipulated in her will that Pat should make her look beautiful again for her public showing and funeral.

Refusing an offer of $25,000, Pat has his reasons – this is the same lawyer who administered the estate of Pat’s late boyfriend, disinheriting him and making him homeless due to the lack of a will. “ Bury her with bad hair”, he tells the attorney. It’s typical of the many nuanced twists and turns in this intricately woven story.

Suffice to say, Pat relents and begins a kind of melancholic road trip into his past, to the soundtrack “yesterday when I was young”, walking the helluva long distance to the local small town funeral home. Along the way he visits his ex-boyfriend’s grave for the first time – David had died of AIDS in 1995 – and the site of their home, now demolished. It’s just one of many symbols in this film which hovers between realism and fantasy at times.

There are many other adventures, including a visit to his old drag-stage in a gay bar which is having its closing night after 41 years. “This place was family”, he tells the young cute barman. And he adds to another old friend: “I wouldn’t even know how to be gay anymore”.

Apart from Kier’s strong central performance, there’s a delightful cameo from Dynasty’s Linda Evans as the corpse, and marvellous queer actor Michael Urie as her gay nephew. Ultimately it’s an inter-generational story of queer love, redemption, rejuvenation and a celebration of life, whoever you are.

In the final moments there are two more plot twists that make it even more intriguing and heart-warming.