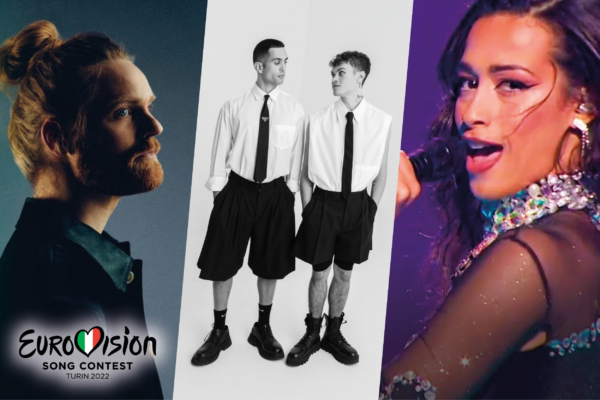 Can Italy do the double?

Last year, Spotify data successfully predicted Måneskin’s win, with Zitti E Buoni being the most streamed Eurovision entry between March 2021 and May 2021. And it’s looking like Italy could do the double – with the host country’s entry Brividi by Mahmood and BLANCO currently streamed five times as many times as Sweden’s Cornelia Jakobs with Hold Me Closer in second place, followed by Netherlands’ S10 with De Deipte in third, based on global streams Mar 2021-Apr 2022.

Excluding home entries, Brividi is the top song in 70% or 28 out of 40 participating countries. Only four other countries – Spain, Luxembourg, Israel and Ireland – have won twice in a row, with Ireland taking the win three times in a row from 1992-1994.

The UK’s Sam Ryder, with his song Space Man, has been in the top five most streamed Eurovision entry tracks of over 65% of voting markets, after he shot to fame by posting his music online during the pandemic. After the UK’s nul points with James Newman’s performance last year, the UK has high hopes with Sam Ryder whose track has surpassed 4M streams on Spotify and, with two fine rehearsals under his space belt, is now the second / third favourite with the bookies!

The Essex singer, who recently said he was inspired by Eurovision legends Lordi, marked his place as a fan favourite by appearing in the top ten of this year’s most streamed Eurovision entries globally.

Last year’s Eurovision served as the launchpad for the eventual global domination of winners Måneskin in 2021. And the fates aligned for Måneskin this month with their track Beggin’ entering the illustrious Billions Club just in time for the anniversary of their amazing Eurovision 2021 success.

The band can thank fans the world over – their top five fan markets (by Spotify listenership) comprise the United States at number one followed by Italy, Brazil, Germany and Mexico. Since their Eurovision win, the Italian rock band has seen huge growth with 5,400% more international streams in Jan-March 2022 vs the same period last year.

Stefania by Kalush Orchestra ranks as the top foreign entry song in five of the Eurovision markets, making it the second most common number 1 song after Brividi – and the track has seen over 6M global streams on the platform. In a third of the Eurovision countries, Ukraine’s Stefania is either number 1 or number 2, excluding home entries, and it is in the top 10 foreign Eurovision entries for every single other participating country.

The track is number 1 in Czech Republic, Georgia, Latvia, Moldova and Poland, and number 2 in Armenia, Austria, Azerbaijan, Bulgaria, Estonia, Israel, Lithuania and the Netherlands.

The best of the worst

So what are the best of the ‘nul points’? It’s no secret that, while they bombed on the night, certain ‘nul points’ have ended up being truly iconic with fans… The UK’s James Newman’s 2021 entry Embers tops the list of the most popular Eurovision ‘Nul Points’ entry to date: