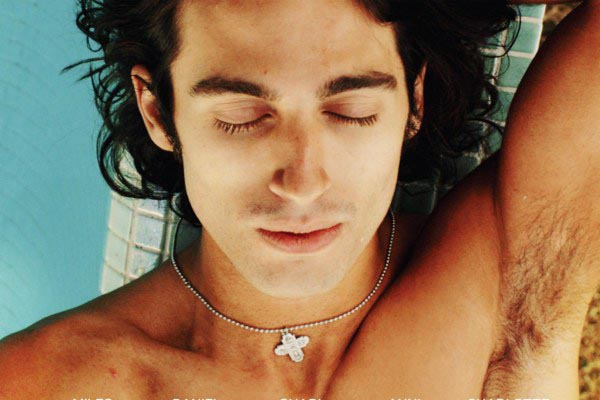 Teenage Kicks (Matchbox DVD) certainly starts off in an arresting way with incestuous desire leading directly to death within about two minutes. Yet Miklós Varga (Miles Szanto) doesn’t seem to learn from this as he sets out to prove Homer Simpson’s adage about the brain being ‘a subsidiary of the penis’. Miklós has problems at home, is in love with his best friend Dan (Daniel Webber) and is openly hostile to Dan’s girlfriend Phaedra (Charlotte Best). Yet he tries to cope with these problems through violence, random sex with men and women, and hanging out in a crack den.

There’s very little subtlety or depth in any of the film’s characters. Szanto is competent but doesn’t have the screen presence to carry the film. The script, in terms of dialogue and themes, never rises above soap opera. It’s never boring – which in my book is a huge plus – but it’s never engaging or compelling. Webber, as the best friend, has the charisma and acting ability the lead lacks, but as he’s not got that much to work with he’s limited in what he can do. And it’s also possible that what I really liked about him is his dirty-blond hair.

If you want to see some gay teen angst then I’d urge you in the strongest possible terms to watch Presque Rien. With its story of a young man having to negotiate a melodramatic concoction of love, sex and family, Teenage Kicks plays out pretty much like an Australian version of the superior French one. Kicks is not in any way a bad film. It’s competent, but competence – like beautiful photography – never put bums on seats.