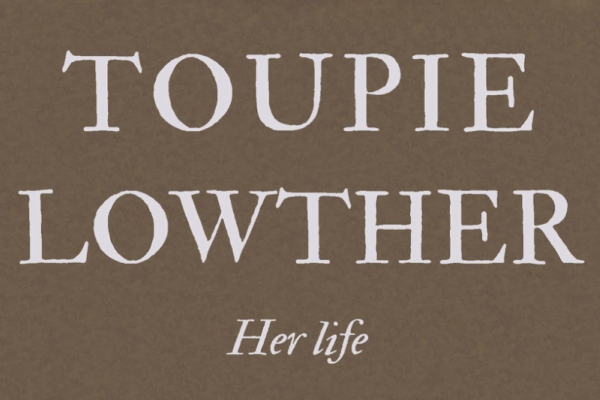 A very pleasant evening at the Marlborough Theatre last week as local author Val Brown launched her new book. This book is an insightful new biography of Toupie Lowther who appears as a walk-on character in many biographies of Radclyffe Hall and Una Troubridg but is a most fascinating woman in her own right.

Val shared some insights into her research of the book and showed some archive images and film footage of Toupie. Her sporting enthusiasms included driving, motorcycling, weightlifting and jiu-jitsu, along with parties, arts and just about every other pursuit that you can imagine a well off women of her times would follow. Fast cars, fast living then retiring to Pulborough; contradictive and mysterious she even and she crossed the Alps on a motorbike with her god-daughter Fabienne Lafargue De-Avilla riding pillion.

With the outbreak of the First World War Toupie became one of the organisers of an all-women team of ambulance drivers who undertook many dangerous missions to transport wounded soldiers near the front lines of battle in Compiègne, France

Toupie was a close friend of writer Radclyffe Hall and her partner, sculptor Una Troubridge. Although after the publication of Hall’s novel The Well of Loneliness in 1928 this friendship seems to have been strained.  The protagonist, Stephen Gordon, was based on Toupie Lowther, and this seems to have caused a rift in the friendship although her sexual orientation was no secret among her family and friends.

The full house were appreciative of Val’s hard work in bringing the life of Lowther into a clearer focus, although acknowledging the limitations of her research on someone who’s determined to keep their private life private Brown showed that with determination and an eye for the interesting lead you can unearth some fascinating information into the lives and history of noted lesbians and their circle.

Val closed with a questions and answer session which left the audience wanting more and then processed to sign and sell out the books brought with her.

For more information or to buy the book see the publisher’s website here.