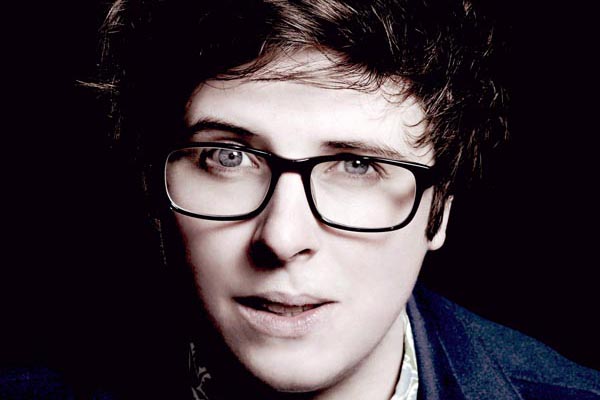 BBC arts producer Simon Richardson, opening the four-day Coast is Queer LGBTQ+ literary festival at The Spire in Kemptown said: “I know some people in our community don’t feel the term ‘queer’ represents them. But I think it says something about being radical and disruptive.”

And the first event certainly lived up to that expectation.

Writer Eley Williams has had a meteoric rise to celebrity, winning awards left right and centre and having one of her tales included in the latest Penguin Book of Contemporary British Short Story.

In conversation with Simon, she revealed how word play can uncover hidden strengths and weaknesses in characters.

Reading from her latest anthology Attrib and Other Stories, she gave us a roller coaster cascade of stream of consciousness which was a delight to listen to. Smote is a conversation – all one-sided  – with an unseen and unnamed second woman – friend, lover or partner isn’t made clear.

It’s an enigmatic tongue in cheek but loving portrayal of an apparently insignificant incident where the female narrator is explaining why she wants to kiss her unseen other half, but in an art gallery looking at a famous op art work by artist Bridget Riley, she really doesn’t think she can.

It’s a story about queer love, about shame, about passion and about inaction through guilt. “I’m not holding you but holding onto you” she tells the unseen other. And the mixed emotions create inner turbulence – what she calls “It’s Guinness-thick, the choke of it”.

In another side-thought she compares the feelings she is having as like “black kelp crawling up against the sea-foam. This is absurd and that’s the power of it.”

Eley tells us that lots of her stories are about a person going into a room and getting flummoxed. Her stories are full of arrested moments where the action stands still and feelings can rush in.

Often abandoning punctuation but never grammar, the headlong breathless nature of her thought processes come across wonderfully in this live reading. And these are not mere flights of an author’s fantasy. She bases the style on medical science which shows that exposure to art can sometimes produce electric nerve impulses that pause us and make us almost swoon.

That knowledge, coupled with her PHD about lexicography means her deep joy of using and twisting words creates a unique style of authorship.

Communication is as much about its failure to connect as its success, she tells us.

Her next work is a first novel – about a lexicographer and a researcher’s digging out fake information in the 19th century writer’s inventive mind.

As a kick-off to the 4-day festival, the organisers couldn’t have asked for better.

The Coast is Queer continues at The Spire, Kemptown, until Sunday, September 15.

Full information about the Coast Is Queer, click here: