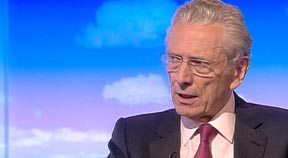 Norman Fowler (Lord Fowler since 2001), author of the book AIDS: Don’t Die of Prejudice, has recently returned from the International AIDS Conference in Melbourne. He will be sharing his latest views, thoughts and recommendations regarding HIV and AIDS at an exclusive appearance in Soho on August 28.

Stephen Fry said of Lord Fowler: “There is no political voice in Britain who speaks on the subject with such authority”.

Lord Fowler experienced considerable resistance whilst Health Secretary in the Thatcher Government, due to his tireless efforts to educate the nation about HIV and AIDS. It wasn’t trendy and it wasn’t palatable, but then again neither was the virus.

AIDS: Don’t Die of Prejudice explores a crisis which continues to affect millions of people across the world. The book has received critical acclaim from wide-ranging sections of the press, reflecting how well respected an authority Lord Fowler has become. He has travelled extensively to help promote acceptance and eradicate stigma, prejudice and discrimination against people living with HIV.

Africa and Eastern Europe remain hot spots where discrimination is preventing many people from being tested, but even in the USA there are still major barriers to overcome.

30% of proceeds from Lord Fowler’s book sold on the day will be donated to AVERT, GMFA and Positive East.

These are three of Prowler’s official charity partners with HIV awareness, education and support at the heart of their activities.