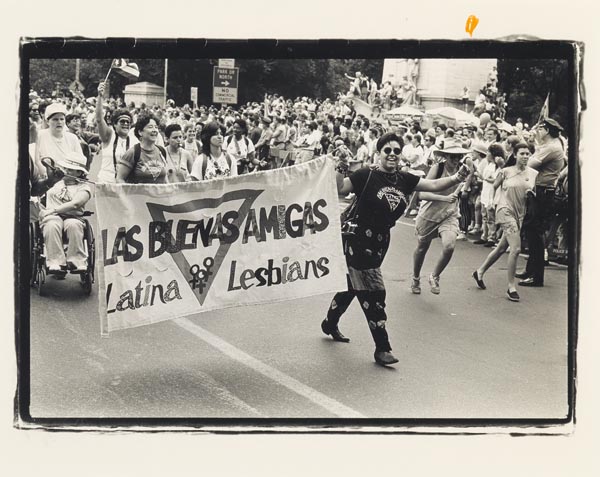 SWANN Auction Galleries will hold their first Pride Sale, an exploration and celebration of the art, influence, history, and experience of the LGBT+ communities, on June 20 in New York.

Staged to mark the 50th Anniversary of the Stonewall Uprising, the event credited with launching the international gay rights movement, the sale heralds the largest LGBT+ Pride celebration ever held in New York City, with both WorldPride (for the first time in the United States) and events marking the Stonewall Riots anniversary.

The auction will be a unique and event, featuring work from artists and writers including James Baldwin, Tom of Finland, Gertrude Stein, Alice Walker, Robert Mapplethorpe, and many more.

The art, literature and ephemera on offer chart significant developments in the emergence of LGBT+ culture dating as far back as the late 19th century and include some outstanding and historic pieces.

Highlights include a Remembrance copy of Walt Whitman’s Memoranda During the War, inscribed to Pete Doyle, from “the author, with his love”, and published in 1875-76. The estimate is $50,000 to $75,000. Much has been debated about Whitman’s sexuality, but his masterpiece, Leaves of Grass, published in 1855, included some of the earliest writings made public that explore what appear to be gay love. As such, he is an important figure in the history of the LGBT+ movement.

A signed, extra-limited first edition of Oscar Wilde’s play The Importance of Being Earnest, A Trivial Comedy for Serious People, dating to 1899, also features and is estimated at $40,000 to $60,000.

From around 1920 comes Gerda Wegener’s watercolour, chalk and wash painting Two Women in a Window, estimated at $15,000 to $25,000, while from 1953 comes a first edition of James Baldwin’s Go Tell It On The Mountain, the novel that started the author’s exploration of gay and bisexual themes. The estimate is $800 to $1,200.

Fred W. McDarrah captured the Sip In, an event that presaged Stonewall by three years when three young men, members of the early gay rights group the Mattachine, set out to challenge bars in New York City that refused to serve gay people.

After several false starts at bars that were either closed or unwelcoming, the three were indeed served drinks – on the house – by two bars after declaring their homosexuality, before moving on to Julius, a bar that was already under threat of losing its licence for effectively promoting gay activity.

As the bartender started to serve them, the men told him they were gay, at which point he refused to continue by putting his hand over the glass, and it was this moment that McDarrah captured on camera for The Village Voice. A silver print of this 1966 image, printed in the 1990s, is on offer in the auction at an estimate of $1,500 to $2,500.

Later in the decade, the gay rights campaigner Harvey Milk became the first openly gay elected official in the history of the state of California. Winning a seat as a city supervisor in November 1977, Milk used his brief time in office to champion LGBT+ rights by successfully sponsoring a bill banning discrimination in various areas, such as housing and employment, on the basis of sexual orientation.

It was during this period that he wrote the signed, autograph letter to two friends declaring how he thought they “should have a memo from the 1st up front gay mayor of any city – it’s for real!!”

Tragically, Milk’s campaigning was brought to a premature and violent end on November 27, 1978 when he was assassinated alongside Mayor George Moscone by Dan White, another city supervisor.

Despite the brevity of Milk’s official political career, his influence and importance have made him an icon in the LGBT+ rights movement. The letter is estimated at $4,000 to $6,000.

Mapplethorpe fell victim to HIV/AIDS, dying as result of complications related to the disease in 1989 aged just 42. It is another stand-out lot in the sale that recalls the rise of this pernicious and frightening contagion in that decade. Silence = Death, from 1987, is a politically charged poster published by the AIDS Coalition to Unleash Power, which demanded to know what President Reagan, the Vatican and the Centers for Disease Control, the Food and Drug Administration were doing when it came to the fight against AIDS. The estimate is $800 to $1,200.

Into the 1990s and McDarrah appears once again, this time as he captures Las Buenas Amigas, a march celebrating Latina Lesbians from 1991. The black and white image has an estimate of $1,500 to $2,500.

“Swann is thrilled to be hosting its inaugural Pride Sale and proud to continue supporting the community through a fundraising effort alongside the auction,” says President of Swann Auction Galleries, Nicholas D. Lowry.

“We see this as an important and unique event among the many happening this June, recognizing the historical, literary and artistic achievements of LGBTQ+ writers, artists and activists,” Lowry continued. “This auction will celebrate the community and give collectors, connoisseurs and the curious an opportunity to observe and bid on a range of material from the last two centuries, with manuscripts, autographs, literature, art, photography, posters and more.”

The exhibition of lots officially opens on Saturday, June 15