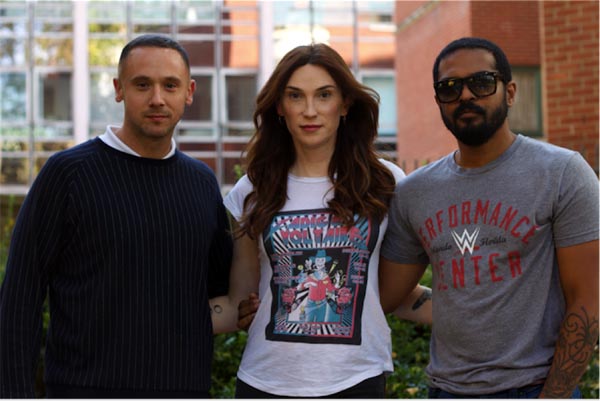 Unstoppable Film & Television, the production company run by Noel Clarke and Jason Maza have picked up the rights to Juno Dawson’s new novel Meat Market, a story set in the world of modelling.

Meat Market follows Jana Novak, a 16-year-old girl of Serbian descent, as she is catapulted from her South London council estate roots to international stardom as a model. The book was written following two years extensive research by Juno Dawson into the fashion industry.

Juno is the multi award-winning author of eight novels, six of those for young adults. In 2018, she published the best-selling novel CLEAN, which was voted Cosmopolitan’s ‘Must Read’ book of the year in the Big Book Awards.

Juno is a regular contributor to Attitude Magazine, Glamour Magazine and The Guardian and has contributed to news items on BBC Women’s Hour, Front Row, ITV News, Channel 5 News, This Morning and Newsnight concerning sexuality, identity, literature and education.

Meat Market is scheduled for publication by Quercus Children’s Books, an imprint of Hachette Children’s Group, in May 2019.

Juno said: “I’m beyond thrilled to be collaborating with Unstoppable on my first TV adaptation; their warm enthusiasm for Jana’s story was overwhelming. The fashion industry can be a scary place and it feels timely to explore the ugly side of something that’s outwardly beautiful. As well as being a model, Jana is a normal teenage girl, going through heartbreaks and triumphs – I want ‘Meat Market’ to be as funny and outrageous as it is compelling.’

Noel Clarke and Jason Maza, directors of Unstoppable added: “‘Meat Market’ is an irreverent, entertaining and funny story that also tackles the huge contemporary themes of #MeToo and the hypersexualisation of girls. We were instantly drawn to the story itself and to the power of Juno’s writing, which has great warmth and humour even when she takes us to dangerous places. Juno’s research gives the story absolute authenticity and it is ideal to adapt as a returning series for television.”