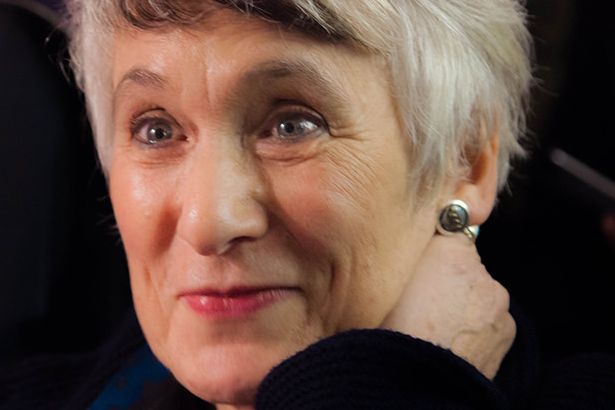 Diana Souhami is a writer best known for her biographies of eminent lesbians. She’s also written plays, books about 18th-century mariners and murder mysteries. Her latest book is called No Modernism Without Lesbians. We caught up with Diana to discuss the new book and her long career as an author.

It’s been 35 years since Diana wrote her first book Gluck, a biography of Hannah Gluckstein. Gluck was a society painter noted for her androgynous image, passionate affairs with women and “one man” shows. When it came out in 1988, publishers did not want the word “lesbian” on the cover of a book. Fast forward a few decades, and her latest publication has the word in the title. It may even be seen as a selling point.

Diana has written about some of the major figures of Modernism before. Is her latest book a synthesis of her previous research? “The other books led to this. As they accrued, I realised how influential the lesbian community in Paris at that time was. Defying the patriarchy. Breaking from family. If they married it was a lavender cover up. I saw how important it is to get out of an oppressive environment. This is a common factor with the women I’ve written about. They approach defiance as a positive thing.”

“I’ve been criticised for writing about well off women. But Sylvia Beach (one of the characters in the book) wasn’t well off at all. She published Ulysses and opened Shakespeare & Co in Paris.” The bookshop is still hugely popular today.

Of all the women she wrote about in the new book, who was she most drawn to? “They are all so fascinating and if I had to choose a favourite, I’d choose Sylvia Beech because she was so fiesty and she had no money. But also Bryher, the novelist and heiress – she was more trans. She felt herself to be born in the wrong body and it’s interesting to hear her talk about it. She did have psychoanalysis and she was a friend of Freud. She helped to finance his escape from Austria during WW2.” Bryher inherited a huge fortune and used it to support artists.

How does Diana go about researching her books; does she spend time wading through archives? “All the documentation with Gluk was in a cardboard box. Her nephew was her executor and he had all her papers. The box was full of letters and diaries. I took them to my flat and the story of Gluk started to emerge. I couldn’t read some of the handwriting and they used all kinds of nicknames. But if you stare at it long enough it starts to make sense. Research is what you uncover but you have to have a feeling of knowing the person you write about.”

Diana is very much a storyteller. Her books are a pleasure to read because she knows how to get the reader’s attention and keep it. “It’s also important to leave stuff out. I have an adage: if in doubt out. You can’t go off on tangents if you suddenly find a new cache of papers. You have to tell a story. I don’t just want a birth to death trajectory. With the first book I did on Gertrude and Alice, I was telling a story of two women who fulfilled the conventional happy marriage, even though they were unable to legally marry.” Their life together defied convention but it was ultimately a stable and happy one.

“With The Trials of Radclyffe Hall, the idea was that her whole life was a trial. I need to have a conceptual underpinning. Sometimes I think I’ve lived most of my life with people who aren’t there.” They might not be around anymore but Diana’s books bring them back to life.

Listen to Diana on the podcast

While gay men are clearly well represented in the arts, gay women are not. Does Diana think that gay women artists have been erased or ignored? “I do. I think the balance is being redressed. What’s interesting about the women in Paris is that they weren’t being associated with gay men or the straight world. They succeeded by forming their own community. Historically, gay men have been insulted but in so many cases, gay women have been met with silence.”

I had to ask Diana about Greta & Cecil, her biography of Greta Garbo and Cecil Beaton – it’s a great read. He was gay and she was predominantly lesbian, but they had a strange love affair. Garbo was one of the most famous actors of the last century, yet she remains an elusive figure. Diana explains: “She didn’t want to be labelled and she was so shut off. She was not transparent and I think she was a loner. I often think something terrible happened to her in her childhood. She certainly had an affair with Mercedes de Acosta.”

“Cecil Beaton wanted to be her, how do you find a label for that? He also wanted to marry her. I didn’t want to pin it down but I wanted to look at it. Hold it up to the light. Garbo was the perfect image, but who she was as a person was quite hidden.”

So, of all the women she’s written about over the years, which one did she find the most fascinating? “It’s a hard one. It’s like saying which is your favourite child. In some ways, Gertrude Stein would be my favourite. She was so commonsensical in real life and yet she wrote really innovative prose.”

In conclusion, does Diana see her books as forming one giant project, or is each one separate? “Each book started off feeling different. I’ve written books about lots of other things. I call my ouvre ‘Di’s Dykes’! It does become sort of like a genre, if you like. Lesbian visibility and gay visibility has improved so much since I started writing. All my books are still in print.” And long may they remain so.

No Modernism Without Lesbians is out now.

Read more of Diana’s works on her website here.