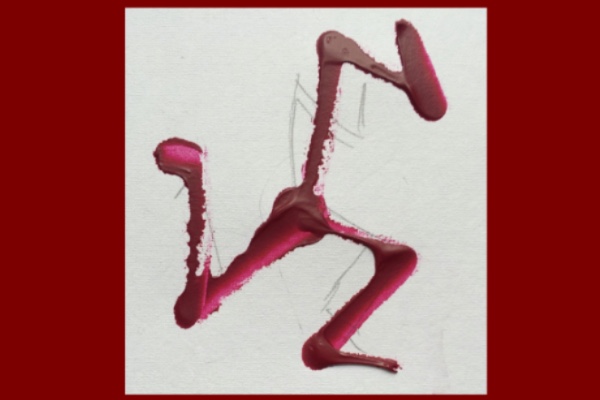 Simon Maddrell, recently moved to Brighton, has published a slim volume of poetry set entirely on his native and much-loved Isle of Man.

The title gives an enigmatic clue – a Throatbone is literally that – a bone in the throat of a wrasse fish, but it’s also considered a lucky charm by fishermen and travellers. What Simon does again and again in this anthology is mix his own personal life as a queer teenager and adult with the fantasy and mystery of an enclosed community, whose terrain and coastal features are rugged, dangerous and spell-binding.

A central trio of poems looks at LGBTQ+ issues on an island not historically known for its openness and tolerance.

Under the collective heading Manx Pride 1986-92 he dedicates the three to Alan Shea and Allan Bell. Shea was  a leading gay rights campaigner on the island, and Bell was a key supporter of the decriminalisation of homosexual acts from 1987. As Chief Minister he led the campaigns for equalisation of consent, gay adoption, gay civil partnerships and gay marriage.

The first, Pride and Protests addresses the history of pride and prejudice during a time when homosexual acts were illegal. Speaking of a mainland England Chief Constable’s prejudice he calls it “ Imported police justice from across; God’s right and righteous hand spreads… its hate all along the promenade “

In Pink and Blue he describes  the Manx police attitude and provocative tactics – “ blank sheet of paper/ waiting for an informer’s  pink ink.. blue hounds sniffed out twenty queers.. a three-day toilet-flush in ‘92 sting.”

In Death and Debts, he examines the campaign to get an apology from the IOM Constabulary for their law enforcement tactics and harks back to an old island custom of claims settled – “ where creditor laid.. with his back ..upon a grave with his face toward heaven…executors would repay.. debts that stood.. the unpaid sorrows .. the ritual reclaims. “

Elsewhere in the volume he remembers with love ‘ turf cooked pot of spuds and herrings “ and “ stars spread a roof with planets for lamps above a ruined cottage. “

His use of dramatic description and layer upon layer of meaning make  this a delight and education to read. More please Mr Maddrell.

Throatbone is published by Uncollected Press and is on sale locally at City Books, Western Road, Hove.