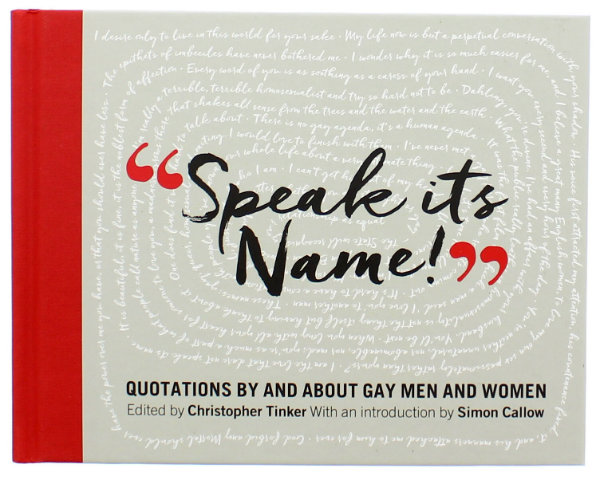 Speak it’s Name!: Quotations by and About Gay Men and Women

This collection of quotations by and about gay people is a celebration of the advances in LGBT rights in the UK over the last half-century and a demonstration of the battle against oppression and prejudice that led to them. From a diverse range of people across the world, funny ones are interspersed with extracts from revealing interviews and diary entries.

John Gielgud and Alan Turing’s disturbing accounts of their arrests at a time when homosexual acts were punishable with a prison sentence contrast with touching love-letters from Violet Trefusis to her lover, Vita Sackville-West, King James I to his favourite, George Villiers, Marquis of Buckingham, and between Benjamin Britten and his partner Peter Pears, all demonstrate the enormous developments in gay rights in Britain in the last five hundred years, with a focus on the last century.

A delightfully well presented and researched classy addition to anyone’s queer book-stack but then the author bring a heft of percipient experience with him Christopher Tinker Editing Manager of the National Gallery and an introduction from  Simon Callow all round lovvie extraordinaire.

For more info or to buy the book, click here: