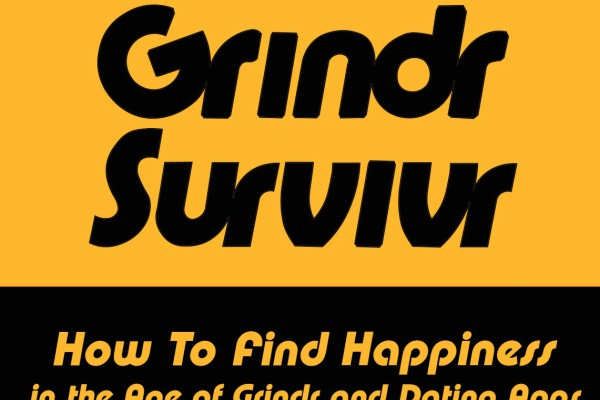 How to Find Happiness in the Age of Hookup Apps.

Imagine Grindr/Scruff/Tinder/BarebackRT etc. offered opportunities to actually connect with people rather than just fuck.  App culture has radically transformed how the gay community interacts, and while “dating” has become easier, it seems as if finding anything of substance has become impossible. Londyn posits that we are just surviving apps like Grindr.

Grindr Survivr:  gives some practical insight in to how to cope and flourish in the app’mosphere  and also points out the behavioural change that’s underway whether we like it or not.  Londyn suggests we can change it. We have done it before in other situations, but we need to look at ourselves, our behaviour patterns and our community and resolve to transform all of them.

The second part, which is probably the most important, discusses the “Gay Commandments” that every gay man should live by if Grindr users want to find relationships of substance (or even merely stop suffering and worrying about what happens online). The Gay Commandments aren’t preachy at all, but rather they are a call to interject a moral baseline into online behavior – but all the while the book gives honest and humorous anecdotes from his own personal dating experience. The author’s not afraid to reveal his own failings in order to help readers learn from his mistakes. The Gay Commandments also include numerous “action points” that are designed to give readers new insights and new results (rather than just stating an overwhelming problem and not giving you anything to do about it). Readers will recognise themselves in the author’s  wry perspectives on gay dating.

Londyn encourages  Grindr users to follow the “Gay Commandments: practical not preachy and the author is candid enough to share his own experiences,  awful, ludicrous, funny and bad and his frank learning from his mistakes which led to their development.

The final part of the book contains basic tips, guidelines and recommendations for online behavior and first dates. It contains help in spotting fake profiles and contains a veritable list of do’s and don’t’s for early dating.

Dating apps are here to stay. It’s time to stop surviving these apps and start using them to thrive.  This book provides an honest, intuitive and funny way to gain control of these rampant caustic apps and harness their latent potential for good.

For more info or to buy the book see here: