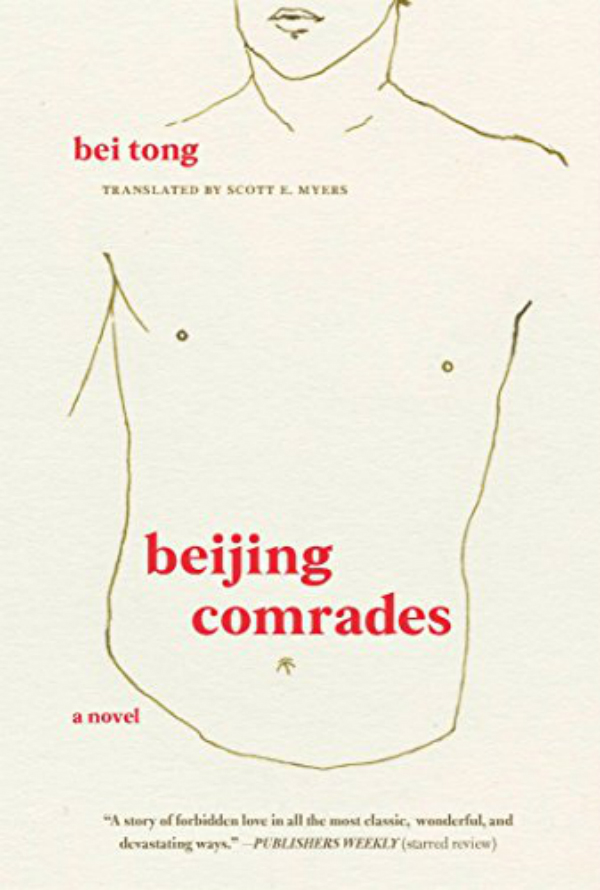 The first gay novel from mainland China: a tale of capitalism, love, power, and secrecy. Beijing Comrades was circulated throughout LGBT China in 1998 and developed a cult following, but has only attracted an English translation this year.

Bei Tong the author is a mystery, no one knows (even now) if they are man or women, gay or otherwise, but the books stand out as the most erotically charged gay themed narrative to have emerged from China.

The book follows the passionate and hugely engaging love story of Handong and Lan Yu and is placed in the upheaval of a China bursting out of the repressions of Mao and into a modern state. Tongs use of language allows a wonderful switch from humour to sadness, it’s erotic and passionate in equal measure and really touches on those massive feelings of dislocation and awakening that every gay man feels on his first relationships. Bei Tong is a subtle, honest author who’s words follow you into your heart and dreams and this is now recognised as one of the more important Chinese LGBT books yet.

It was suppressed for many years and has still not been in print in mainland china- as it’s less than flattering about the totalitarian government in China – and is very open and celebratory of queer sexuality, both challenging subjects for the ruling party at the time, and still sensitive issues now.

Beijing Comrades was made into a film, “Lan Yu,” by the Hong Kong director Stanley Kwan in 2001 and is well worth watching as much for it’s stunning images as for it’s unflinching portrait of nepotistic corruption and the ruthlessness that the Chinese government used in putting down the protests including that of Tiananmen. The film is faithful to the book in this. Myers translation allows the passion and poetry of the book to shine through and come to life on the pages with a careful understanding of the role of nuance in the translation.

For more info or to buy the book, click here: