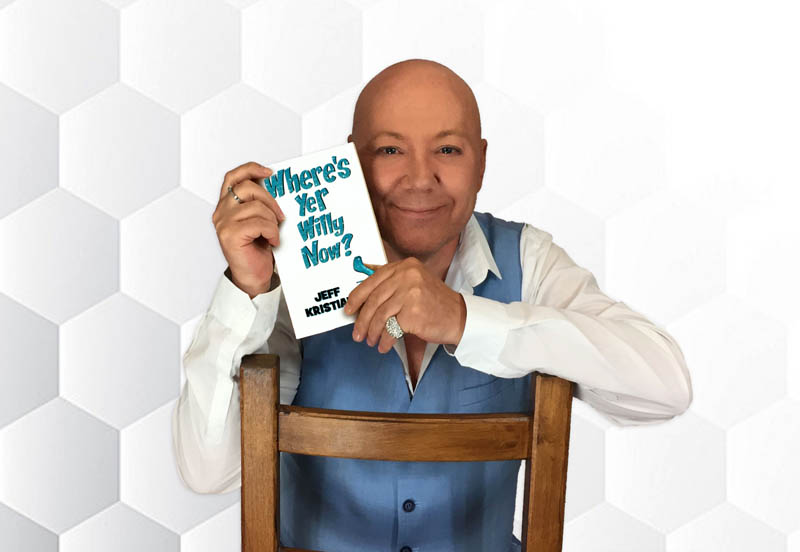 Have you noticed that drag queens are conquering the world?

Though fiction, it is a fascinating insight into the life of London drag queens, a world he knows very well and wants to expose.

His one-woman show was the longest running of its kind in Soho’s glittering history.

Twenty-five years of experiences performing on stage, in film and on television culminated to create Where D’Ya Put Yer Willy? It’s long awaited follow up Where’s Yer Willy Now?, is published by Mr Bink Media and is a story of friendship and family.

Michael is a closeted Essex barman whose life is hideously turned upside-down when he is inexplicably bequeathed a small fortune and shares in a legendary Soho cabaret club.

To inherit, he must become a drag queen for six weeks under the dubious guidance of the venue’s stars Chastity and Connie.

But his life unravels as his violent past comes back to haunt him, and the club’s eccentric diva owner is horrified to discover his true identity.

He fights to save his family as they flee to Berlin in search of riches beyond his wildest dreams.

Where D’Ya Put Yer Willy? has a growing cult following across the UK, the US, Europe and Australia and has received plenty of five star reviews.