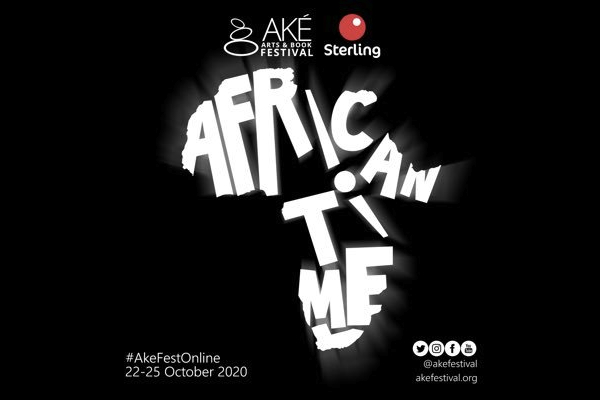 Aké Festival, Africa’s arts and book event, is to run online from Thursday, October 22 – Sunday, October 25 with a free programme of 65 inspiring talks, workshops, panel discussions and performances from the most exciting voices across Africa and the African Diaspora, including:

For more info and to see the full programme, CLICK HERE

This online edition of the festival will be free to access by audiences all over the world, creating an important platform for the intellectually and culturally curious to take part in this celebration of black excellence, resilience and resistance.

Now in its eighth year, Aké Festival is one of the world’s largest collections of African creative voices on African soil and hosts some of the most sought-after, innovative voices in black thought.

The theme for 2020 is African Time, in recognition of the global anti-racism movement that has gathered momentum and visibility in recent months. Audiences across the world are invited to join luminaries from contemporary fiction, non-fiction, poetry, film, theatre, music and visual arts in discussions about some of the most critical issues of our time, including race, gender, identity, equality and empathy.

‘In 1918, African nations were in the clutches of imperial forces that degraded our stories, culture, history, language and belief systems. More than a century later, the COVID-19 pandemic finds Africa struggling with the colonial hangover of poor leadership and a predatory global order.

‘Now is the time for Africa to recalibrate and break the cycle of betrayal by those elected to lead. It may have come later than hoped for, but, for the children of Africa everywhere, this is African Time.’