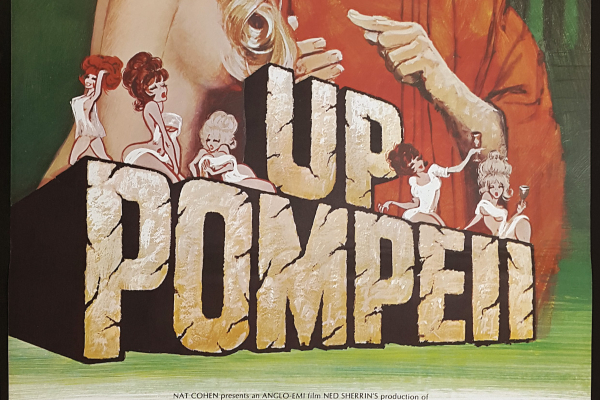 Up Pompeii London’s Shaw Theatre 1969 saw  the start of 2 very different tv comedy series – Monty Python and Up Pompeii. The latter was created as a vehicle for the great comedian Frankie Howerd who starred as Lurcio the down-trodden head slave of a family whose sexual adventures never quite came out right. A […]