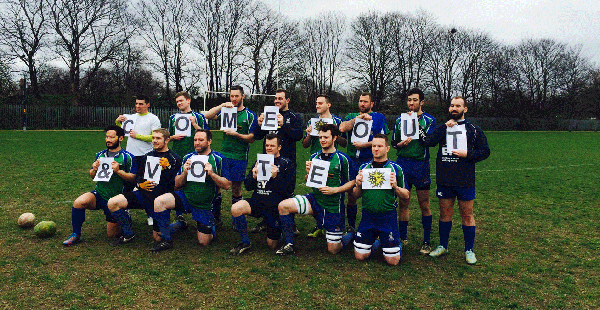 King’s Cross Steelers, the world’s first gay and inclusive rugby team, are standing alongside campaigning organisation HOPE not hate and calling for LGBT+ people to exercise their right to vote and promote equality at the ballot box. The voter registration campaign – which is also supported by the Communication Workers Union, Unison, GMB Shout!, Unison, ASLEF and Britannia Staff Union – has been organised to highlight changes to the voter registration process which could see millions lose their right to vote if they don’t check and re-register. These changes are causing the biggest drop off from the electoral register in our history, according to research from HOPE not hate. The drop off is likely to have a major impact on the outcome of the General Election in May, as many of the worst affected constituencies are in key marginal seats.