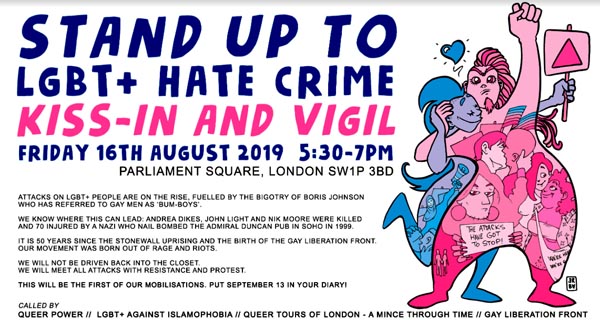 Between 2014 and 2018 in the UK there has been a nearly 150% increase in anti-LGBT hate crime. Reports have been growing of LGBT-phobic attacks all over the UK, including London and Brighton. Two thirds of LGBT+ people are wary of showing affection to their same-sex partners in public while protests against diversity in education have been seen outside schools in Birmingham, and this is spreading.